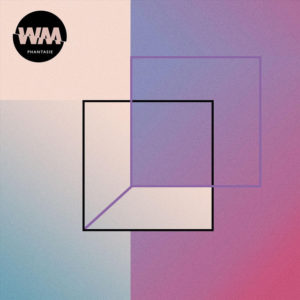 Fresh off their relocation to New York City, space rockers Water and Man return with their new full-length LP Phantasie, the much anticipated follow up to 2014’s Into the Infinite. I’ve been closely following Water and Man’s journey since their inception almost five years ago in Rio de Janeiro, Brazil, and I can assure fans of the group that Phantasie lives up to all the high expectations everyone had for their sophomore effort. What they’ve done with this new record isn’t just spellbinding but provocatively produced with such severe attention to detail that one could almost be overwhelmed with the endless intricacies in its presentation. No one takes their music as seriously as Water and Man do, and Phantasie just might be the record to finally bring their charismatic sound into the mainstream.

Water and Man don’t just bend the rules with their music, they set out to warp our minds with their melodic, chill vibes and exotically appointed harmonies.Phantasie goes a long way to cementing their status as the dreamiest band actively recording in a post-Pink Floyd world, and even the most casual of rock fans won’t have a hard time getting into the grooves that are dispatched in its eight amazing tracks. Whether it’s the stop-gap dirge of “Give it Time” or the scathing sizzle of the synthy “Dreams of Love,” there’s something for pretty much everyone to fall in love with on this record, and that’s not very common in pop music these days.

Other bands try a lot of different things to develop the magical chemistry that Water and Man sport as a unit, but what they don’t realize is that this kind of gelling can’t be taught or introduced into a group of musicians. It has to come naturally, much like the music itself, if it’s going to have any chance of keeping a band together and rendering decent content to boot. Take a song like “The Wanderer” for example. Water and Man are playing off of each other’s cues like twin siblings psychically communicating with just a glance at each other. Synchronicity of this caliber is a rare find, and it deserves to be treated like the treasure that it really is.

Music intellectuals of all backgrounds will have a particularly fun time listening to Phantasie and dissecting its countless twists and turns. I’ve already listened to the album in its entirety five or six times without interruption and discovered so many new layers each time I’ve done so. This record is precisely the reason why so many of us get into music; the thrill that comes with being entranced by an album, the pure of awe of finding something that you can tell is going to have a big impact on pop culture, it makes all of the hard work and not so talented bands we have to get through along the way worth it. Water and Man are doing some awesome things for music right now, and I know I’m not alone in saying that I love what they’ve created in their latest collection of sonic power anthems.