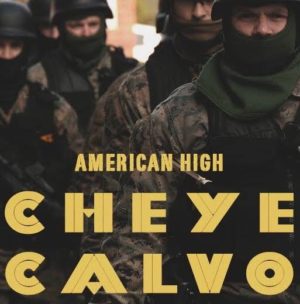 We believe that every human is born with identical rights which are not granted to us by other humans.  We are born with them.  Like the right to defend ourselves if violently attacked.  The right to speak our mind and criticize anyone and anything, the right to assemble with like minded people and protest something.  The right to have our private stuff remain private from the cops unless they think we’ve committed a crime.  The right to not have violence committed against us, so long as we are not committing violence against another. Many more that we all intuitively understand to be true.
We believe that it isn’t just Americans who are born with these rights.  Everyone is.
If you agree so far, I would submit to you that it is always immoral to commit violence against another nonviolent person.  I can think what you are doing is wrong.  I can think it’s unhealthy.  I can think it’s bad for you.  What I can’t do is commit violence against you in order to make you stop doing it.
It doesn’t matter if you are a gang member, a priest, a rapist or a cop.  We are born with the same rights, and those rights were not given to us by humans, nor can they be taken away by humans.
So when marijuana, or any other intoxicant, is called “illegal”, we should not accept that.  If 90% of the people who live on your block hate spaghetti and meatballs, and one day they all get together and vote to make spaghetti and meatballs illegal…that would not be a valid vote.  Right?  Because if you ain’t hurting anyone, brother, it’s none of their damn business what you eat.  They can not eat what they want but they can’t force you to not eat it through the use of violence.  And that’s what laws are.  Laws are simply society’s way of giving police permission to commit violence, or threaten to commit violence, against anyone who doesn’t follow the rules.
Intoxicants are no different than the spaghetti.  If my neighbor likes smoking marijuana, if he ain’t hurting anyone, it’s none of my or anyone else’s business.
So people have no right to vote to make spaghetti ‘illegal’ so they have no right to make intoxicants ‘illegal’.  They certainly have no right to commit violence against those who disagree.  And if police are going to kick down doors and kill people about it, then THAT IS THE REAL CRIME!  Kicking down doors and killing nonviolent people is always wrong, no matter what.  It’s especially wrong when it’s done in the name of an unjust “law”.
So the point of ‘Cheye Calvo’ is this:  IF GIVEN THE CHOICE B/W LETTING STRANGERS CONSUME ANY INTOXICANT THEY WANT OR GIVING POLICE PERMISSION TO KICK DOWN DOORS AND KILL PEOPLE, WE THINK IT’S OBVIOUS THAT KILLING PEOPLE IS BY FAR THE MORE IMMORAL CHOICE.  WE THINK MOST PEOPLE WOULD AGREE THAT KILLING IS THE GREATER OF THE 2 EVILS.  Especially considering that there are certain segments of our society who are disproportionately targeted for these raids.  Cheye Calvo was a white, upper middle class guy.  He was the mayor for crying out loud.  If this horrible thing can happen to him, what do we think is happening in poor neighborhoods and inner cities every day?
Cheye Calvo is our attempt to shine a spotlight on this critical issue and to make people see things the way they really are.
DT / Domain
Please follow and like us: