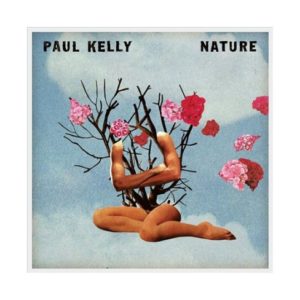 Paul Kelly is a national treasure in his native Australia, but like Colin Hay or Graham Parker, he’s perpetually on a list of woefully under-appreciated musicians here in the States.

His latest, “Nature,” is proof again that his lack of mass exposure over here shows there is simply no justice in the music world. Like many of his previous releases, “Nature” is a slice of often melancholy, but always beautiful folk pop, in the vein of everyone from Peter Case and Freddy Johnston to his sometime tour mate Neil Finn. Through a dozen tracks, Kelly has unintentionally cobbled together a theme for this his 24th LP.

“I didn’t realize I had the makings of another album until I put the songs in a folder and saw the titles staring me in the face. Sometimes you don’t know what you’re doing until you look back. I think of “Nature” as a companion piece to “Life Is Fine,” itself full of moons, rain, rocks, rivers, seas, smells and lovers,” Kelly is quotes as saying in a recent interview.

Thematically, there are definitely some strong connections, but musically, “Nature” is a lot more mellow and low key compared to last year’s album. Songs like the opening track, “And Death Shall Have No Dominion,” or the tender “Live With Animals,” though down tempo, are pure Paul Kelly – with memorable choruses and thoughtful lyrics.