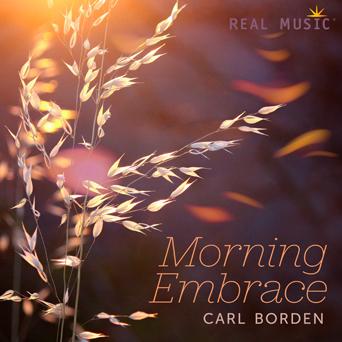 A Walk in the Rain immediately paints a picture for listeners, not only for the immediate moment but for the entirety of Carl Borden’s latest album, Morning Embrace. A masterful synth line drips with narration, providing a varied and fulfilling experience over the course of the album’s first five minutes.

Chasing Memories is able to build on the sounds and approaches take with the lead-off track, while expanding upon the wide panorama crafted by the synthesizers.

Grace of the Butterfly is our choice for the stand out effort on the first half of Morning Embrace. From the onset, listeners will have to pay considerable attention to the different atmospheric noise and vibrant soundscape that washes over them. As the track (5:30) continues to play, Borden holds fans’ hands through rising and falling elements. With subtle changes to the overall tempo and feeling of the composition, Carl is able to end the composition at a much different position than he had began it.

The titular track on Morning Embrace is a microcosm of the compositions so far. By riffing on some of the same themes that one had encountered up to that point on Morning Embrace, Borden serves two purposes. First off, he’s able to bolster the cohesion of the album. Secondly, he’s able to set the stage for two major tracks – 8:20-ish of The Awakening (counting the 90-second interlude that immediately precedes it) and Until We Meet Again.

The Awakening draws on a bit of choral influence and bird noises to showcase the beauty of a new day. Until We Meet Again concludes Morning Embrace, representing a warm and inviting early part to one’s time awake. 56 minutes goes by incredibly fast; Borden has done it again with his new disc.

Top Tracks: A Walk in the Rain, Grace of the Butterfly, Until We Meet Again

We last checked out Carl in 2017; see our notes on Breathe.