Casey Ahern releases He Was Summer 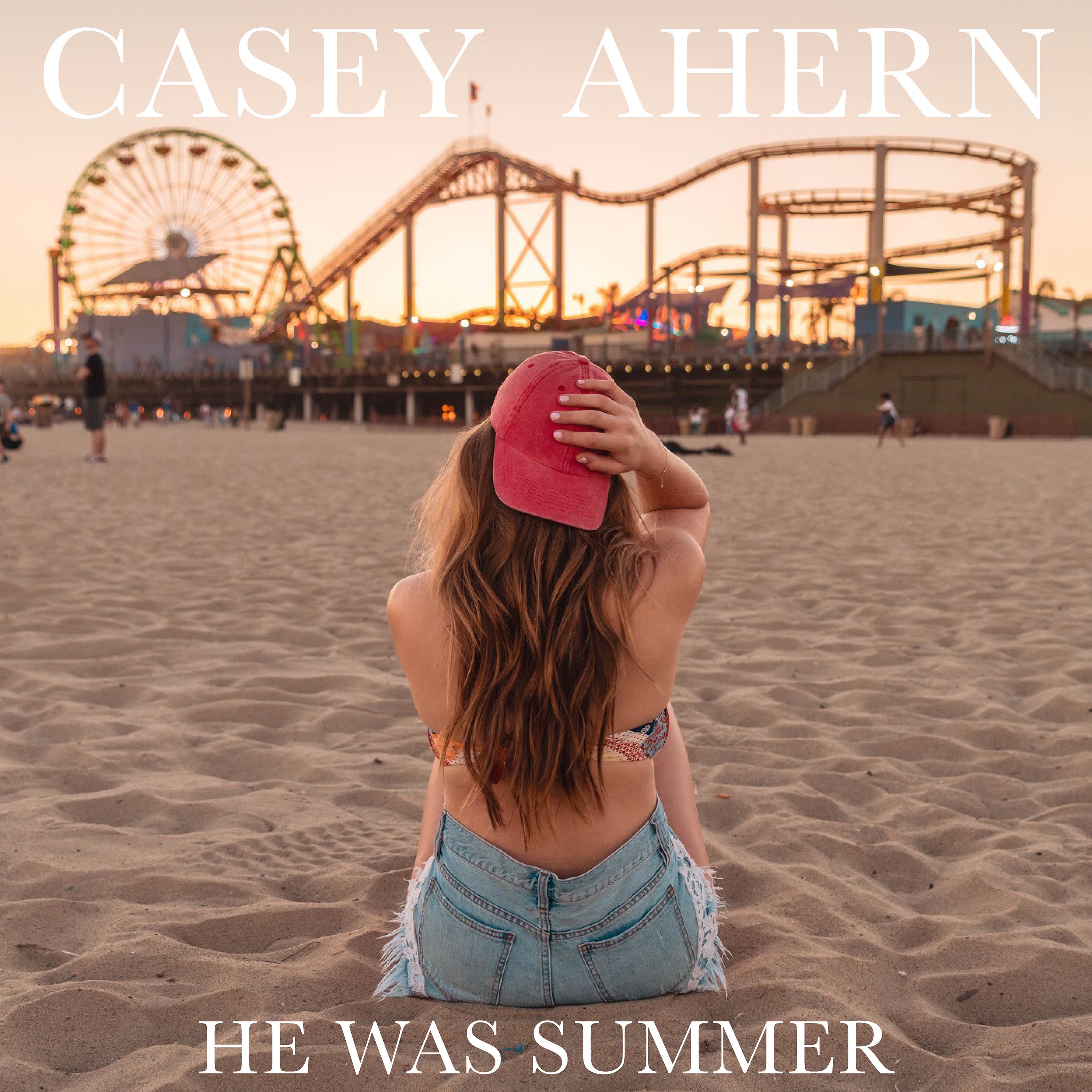 Among country artists, standing out can sometimes be as big a challenge as breaking through to the mainstream is, but for Cali country girl Casey Ahern, carving out her own identity in a sea of sameness isn’t difficult in the least. The singer/songwriter gives us a little bit of herself in four awesome songs that comprise her new EP He Was Summer, and though it isn’t the expansive introduction that an LP inevitably will be, it’s a heck of a way to get to know one of country’s most focused and endearing new characters. We start off with the colorful title track, an ode to summer love bound in harmonies the size of skyscrapers, and slowly find our way through a watershed of emotionality that follows.

Two of the songs on He Was Summer, “Indio” and “Take Me by the Hand,” feature an unconventional structure that is somewhat experimental when observed through the lens of modern country music. The tracks are polarizing in tempo, grinding against the rhythm of their instrumentation with an impatience that is tension-building, only to find their climax when we’re least expecting it. “Indio” is a hippie-inspired folk jam, while “Take Me by the Hand” jettisons towards countryside string arrangements, but the two share the same willingness to cut away from the contemporary and fuse their melodies together with simple, minimalist-inspired choruses. This is one of the more fascinating formulas I’ve witnessed in action so far this year, and easily the most provocative I’ve seen from any country artist in some time.

There’s a huge amount of catharsis throughout He Was Summer, and it isn’t restricted to the parameters of the choruses, either. “Like I Do” quietly grows out of a tormented piano riff, eventually becoming a suffocating ballad that lays waste to anything that gets in its path with a surprisingly strong bassline. The expressiveness in the tone of Ahern’s voice is almost as evocative and transparent as her words are, giving off a radiant glow each time she lays into a verse. A muscular master mix helps to jolt even the most muted of acoustic strums with an electric energy that lends to the affectionate sensibilities of the record, without devolving into predictable pop nattering or trite implied surrealism.

He Was Summer, put simply, is a nonstop engagement between listeners and Casey Ahern, who commands the studio with a charming presence that has been mostly absent from the country music mainstream in the late 2010’s. As the next decade approaches, this Californian is posturing herself to be one of the more original voices in her genre, drawing influence not just from the rough and tumble country singers of old but also from present-day postmodernists and pop music that has more intellect than it does bells and whistles. Her one-of-a-kind sound is an addictive one, and if given the right platform to really reach the masses, it has the potential to become a game-changer for the Nashville hierarchy. I for one can’t wait to hear what comes next.