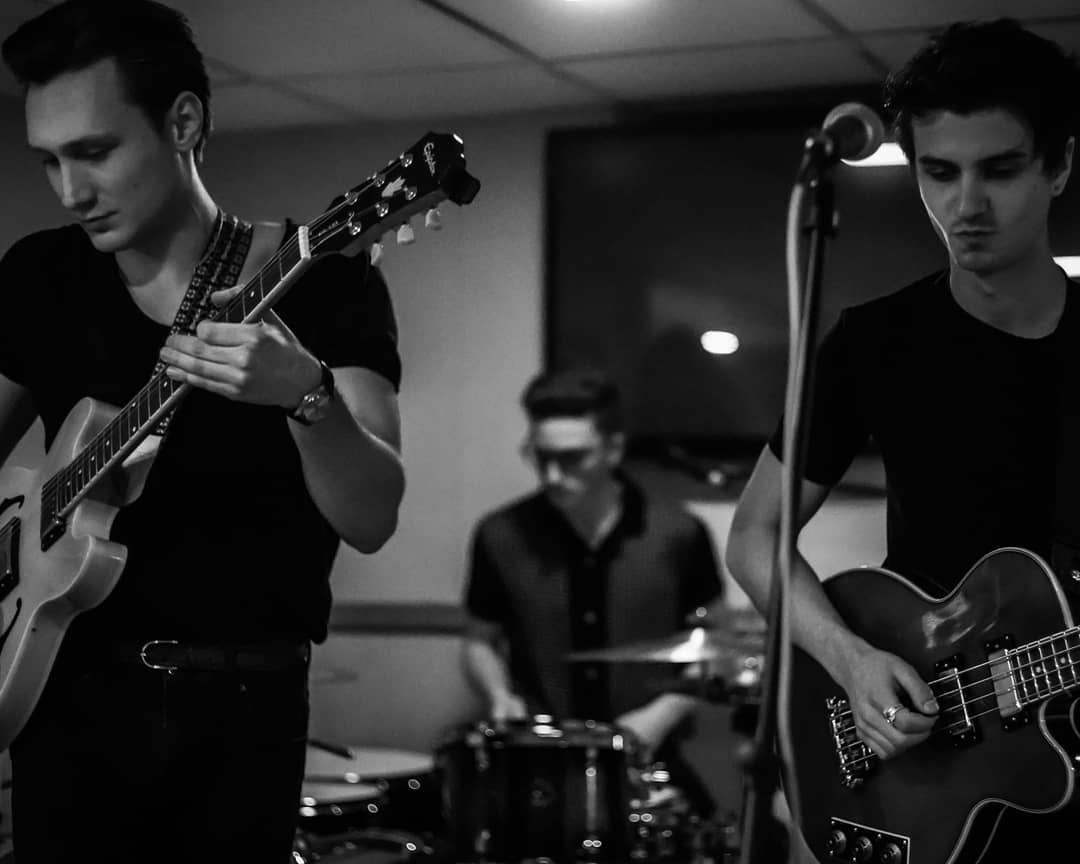 A lumbering, jazz-influenced beat greets us as we descend into the clutches of a bulging bassline, which itself is peppered with a lusty texture that is as intoxicating as it is chill-inducing. Soon, a rich, multifaceted vocal scrapes against gilded guitar strings, shifting our focus away from the cerebral grooves resonating from the drums for a moment. There’s an air of mischievousness that we cannot escape from; it’s at once both menacing and irresistibly rebellious, and by the time we reach the studded chorus of the song, its threatening demeanor has transformed into a decadent element that is integral to the main melody. This is “Proud,” one of two upcoming singles from indie rock juggernauts The Vics, and to call it anything other than a full-throttle, engaging listening experience simply wouldn’t be true. Along with “Fourth and Clay,” “Proud” sees The Vics amalgamating all of the multidimensional wonderment first introduced to us in their debut and forging a uniquely playful brand of alternative rock that knows no boundaries when it comes to emitting an unforgettable harmony around jagged verses of profound poetry.

The production quality of both of these tracks is top-notch to say the least, and I think that “Fourth and Clay” could be the most radio-ready song that I’ve heard bearing the group’s name so far. Unlike “Proud,” “Fourth and Clay” is more tempered in its atmospheric style of attack, and while it occasionally indulges in ambient textures that add psychedelic-tinged elements to the finished product, it’s hardly an exercise in rock n’ roll excess. The song is built on the foundation of a bristling stampede of bass and drum discord, with the lyrics acting as a key linchpin amidst all of the violent twists and turns in the arrangement. Though progressive in design and execution, I think that “Fourth and Clay” has more in common with contemporary pop than “Proud” does, but I will say that you’re highly unlikely to find anything even half as erudite as what either of these two singles bring to the table from both a production and musical standpoints when browsing the output of corporate-backed talent this year.

You don’t have to be the biggest expert on music or pop culture to understand why The Vics are igniting a storm of buzz and curiosity in their native Pittsburgh scene right now, as one spin of either “Fourth and Clay” or “Proud” will easily give you more than enough evidence to support their premier status in the underground. Bands like The Vics sound remarkably different than their major label brethren for a couple of reasons, but the most significant is in their dedication to preserving the natural tonality of their band’s music without ever inviting external, technologically-backed influences into the studio with them. “Proud” and “Fourth and Clay” don’t rely on a lot of fancy bells and whistles to impart a deeply emotional narrative to us, and though they’re two very different songs compositionally, they share an immaculate tone and melodicism that has been painfully absent from the American Top 40 for far too long now. These guys are as real as it gets, and their latest singles raise the bar for their expansive peer group enormously.