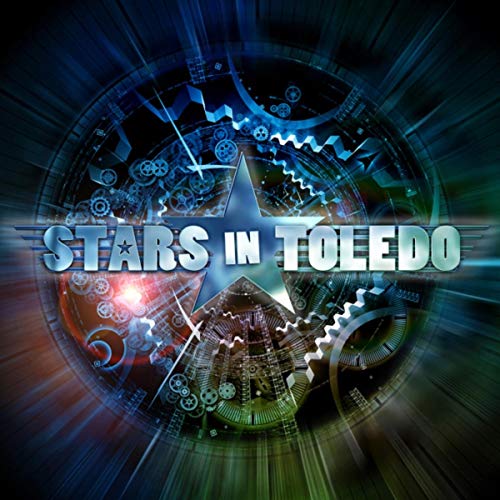 Two years. That’s how long Stars in Toledo have been building a relationship as a band. Two short years. And yet, when I listen to their eponymous debut album, I don’t hear a group of musicians who have only spent a couple of holiday seasons together as a family of artists. I hear a band that has found their groove and gotten in sync with each other in a way that most rock n’ roll syndicates only achieve after at least half a decade of touring and collaborating in the studio together. Aching vocals glisten against an atmospheric backdrop of melancholic guitar strings and a lumbering bassline that is as tortured as the lyrics are in “Be Your Man.” A tidal wave of bottom-end distortion slaps us across the face in the first couple of bars in “A Peek Behind the Curtain,” but the real sonic slay-fest doesn’t start until we’re at least a minute into the track. Our hearts beat in cadence with the exotic drumming forming the rhythm in “Hold on to Yesterday,” but as powerful as these three songs are, they’re only a taste of what Stars in Toledo have in store for anyone and everyone who gives their first LP a spin.

“Take It to the Breakdown,” “Mavericks,” “99 Bottles,” “Rnr 24 7 365” and “Baby Banzai” focus on the virtuosity that the band brings to the table in over half of everything that they commit to master tape, while “Get Me Right,” “Be Your Man,” “Without You Here” and “While We’re Waiting” are a bit simpler in structure and execution. There’s nothing conservative about Stars in Toledo; in fact, the band goes out of their way to be as generous with everything as possible while avoiding the pitfalls associated with gluttonous groove-centric records. If you ask me, the duality in their sound speaks to their ambitiousness as well as their organic skillset as a unit, and in a time where so many one-note groups are ascending the Billboard charts with inexplicable ease, their strain of songwriting is poised to make a really big splash as 2020 nears.

Hard, heavy and hauntingly rhythmic from the moment that “Take It to the Breakdown” starts to the second that “A Peek Behind the Curtain” returns into the darkness from which it was first born, Stars in Toledo’s debut is just the shot of stone-free melodicism that this decade needed to go out in style. If this is a good representation of of what we can expect out of the band as they continue to embark on their rock n’ roll odyssey, then I’m certain that this won’t be the last time that their fiery music is making headlines in the underground (and soon, the mainstream as well). There are no shortage of groups trying to make hard rock great again in the United States and around the world, but when it comes to playing it the way that it was always meant to be played, no one is coming close to matching what these smooth-moving musicians are turning out right now.