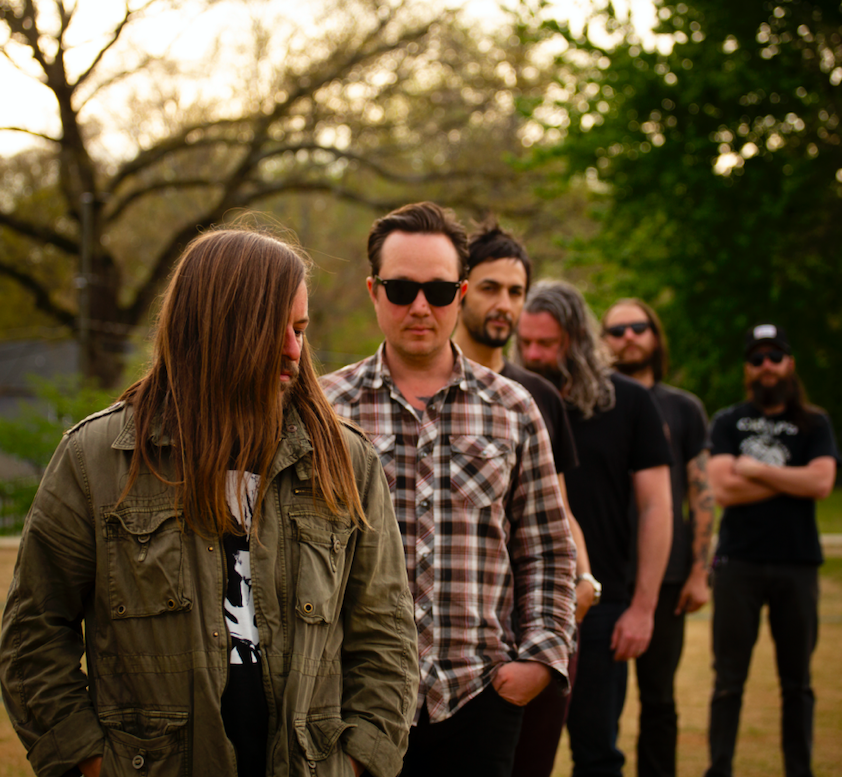 Holy Beach’s opening salvo “Ships Off The Coast” signals their first full length album All That Matters Is This Matter isn’t playing around. There’s some vivid imagery in the lyrics and vocalist/songwriter John Lally gets everything he can out of the writing thanks to his lung power and dramatic phrasing alike. Though the song and album as a whole are definitely metal, but listeners will note there is little lead guitar present in the album’s eight songs. Their focus here and elsewhere remains fixed on imposing riffs that bore deep into the audience’s consciousness instead of virtuoso showcases. You will not miss the lack of guitar solos when the riff is as good as what “Ships Off the Coast” centers on.

Anyone familiar with Lally’s singing for the shoegaze outfit Sleep Therapy will find him revelatory on this release. The ethereal demands of the other band never ask him to scale the vocal pyrotechnic heights required to make these eight songs work. The vocal for “Ships Off the Coast” is one of his best efforts on the album, but the vocal for “Confident Prick” is even better. He veers between passages of outright murderous rage into seething lines when he dismisses the song’s subject with nothing less than utter contempt. The guitar riffing is strong with this track and the breaks in the arrangement give the performance more tension.

“Incest in the Herd” is another riff bonanza even though the verses assume a greater role than earlier tracks. It’s another example of the unbridled attack Lally brings to this material and the dynamics are milked as well Holy Beach does with the song “Confident Prick”. The lyrics are another high point of the performance and, if Holy Beach tours, will prove to be a stellar live tune. “The New Colossus” is a much slower, even slightly ponderous, track, but harbors the same power we hear at the hardest hitting moments on the album.

“International Graves” has the same tone for much of the song before Holy Beach amps things up in the second part of the number. It is a bleak track with a jagged texture brokering no quarter with listeners and, when it speeds up, has the potential to throttle you in your seat. It’s one of the longer tracks on All That Matters Is This Matter, but the longest track comes with the album’s ending.

“Skull Faced on a Horse” has an unusual title and an aggressive musical character geared for reducing any resistance to rubble. It succeeds. Lally delivers a wide-eyed vocal sparking with fury and understated finesse and the musicians put their heads down and bring a deep bite to the number certain to leave its mark on the audience.

Holy Beach’s All That Matters Is This Matter is a memorable debut for any genre, but the transition of Lally’s songwriting vision between two radically different idioms is the real highlight. The band sounds like they are more than just playing with the genre; they play with the passion of true metal fans and it comes through in every song.