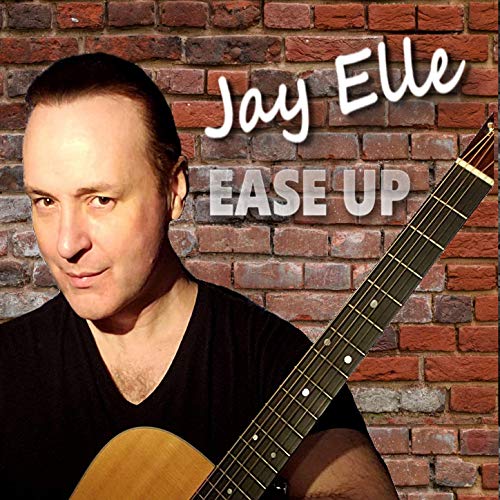 Ease up (Into Love) is a soft-rock track that refreshes the singer-songwriter style of performers like John Denver and Gordon Lightfoot. Jay Elle’s instrumentation link together the Barenaked Ladies and Semisonic with a very germane and honest approach. There’s a surprising deep sound to this introductory track that will continue to yield dividends to listeners even five or ten plays in.

Take a Holiday adds a bit of laid-back Island rock to the Petty / Warren Zevon sort of approach first fostered during the introductory effort on Ease Up. The robust, bouncy beat that is presented to listeners on this cut keeps the momentum high while showcasing a distinct side to Jay Elle previously unexplored. Furthermore, it sets up the remainder of the disc as something that will continually challenge any expectations that fans may have.

Needs Fixing has a wistful, wizened sound to Jay Elle’s vocals that are given further depth through an on-point synth and percussive arrangement.

Never Dreamed (I Could Be the One) is our favorite track on Ease Up. With a quicker tempo and bits of Graceland-era Paul Simon and “Where The Streets Have No Name” U2 whipped into the mix, the track is something that could easily make its way onto modern rock rotation without listeners blinking an eye. Jay Elle’s vocals are the high-water mark for an effort that is already hitting on all cylinders.

Sickly Sweet is the final contribution to Ease Up, bringing together the wide variety of genres and approaches that Jay Elle included on the previous songs. This holistic conclusion is good not only for its ability to conclude things nicely, but to point fans with an idea about where the performer may go in the months and years that follow.

Top Tracks: Ease up (Into Love), Never Dreamed (I Could Be the One)