Various Artists – This Is The Town: A Tribute To Nilsson (Volume 2) (CD) 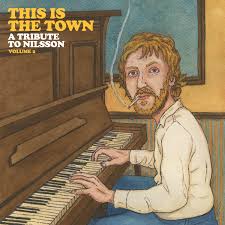 Tribute albums are almost always a mixed bag. And this second volume of Harry Nilsson songs is no exception. The covers run the gamut from incredible (Cheap Trick covering “Ambush” and Adam Matta’s beatbox accompaniment on “Driving Along”) to the quirky (Valley Queen’s peculiar version of “I Guess The Lord Must Be in New York City” and Belle-Skinner’s ukulele-backed “Open Your Window”) to the simply uninspired (Invisible Familiar’s trippy take on “Old Forgotten Soldier” which sounds like it was recorded underwater).

Nilsson is easily one of the best songwriters to come out of the 1970s and to this day still manages to inspire a slew of bands – essentially any group that marries melodies with whip smart lyrics owes a debt to Nilsson. So, it’s not surprising that a wide net was cast by bands wanting to pay tribute to this artist. Despite its occasional flaws, This Is The Town, Volume 2 still serves as a decent bookend to 2014’s first Nilsson tribute album (a record that’s worth owning for the Low Cut Connie and Langhorne Slim covers alone).

Various Artists – This Is The Town: A Tribute To Nilsson (Volume 2)/14 tracks/Royal Potato Family/2019 / Domain / Facebook