“Be My Main” by Allocai 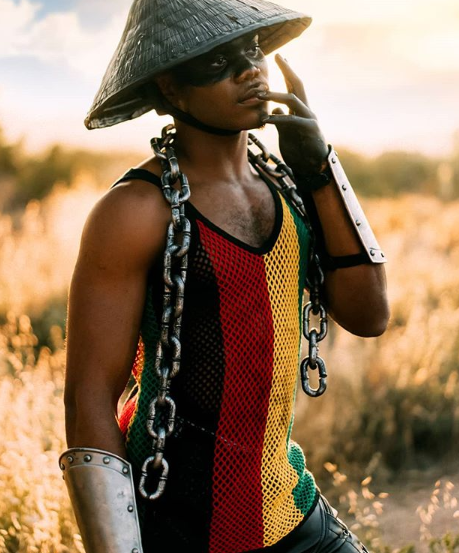 In his new single, the brilliantly melodic “Be My Main,” Allocai is discussing love, lust and the life that we all try to live in between the two in one of the most poetic tracks the young songwriter has dropped to date. “Be My Main” is structured as to keep our focus on its airy lead vocal from beginning to end, but despite the highly stylized lyricisms the he dispenses, Allocai’s performance never translates as self-absorbed or even mildly egocentric – quite the contrary, actually. This is his most exposed look so far, and though it’s a ballad of the more personal variety, it’s undeniably accessible to anyone who has ever experienced the trials that romance can create.

The beats here are remarkably slick, but there’s never an instance in which their grandiose textures steal any of the thunder away from the vocal track. Even when the crushing arrangement is drawing all of the instrumental elements into a singular vortex of incredible strength, the harmonies at the top of the mix are so hypnotic that trying to focus on anything other than their toned vitality is next to impossible. Allocai’s voice is becoming increasingly intoxicating with every release that he shares with us, and I think this is definitely his most palatable serenade of 2019.

“Be My Main” has got one of the least aggressive basslines of any contemporary R&B track that I’ve reviewed this summer, and I think that it was wise of Allocai to keep it relatively conservative in this particular song. If the bass tones would have been intensified more than they already are in the chorus, I don’t know that the lyrical content would have been quite as engaging as it ultimately is in the state we find it in here. Sometimes a big bassline can resurrect an urban pop single from a bland fate, but in other cases like this one, it would have only watered-down what was an otherwise solid piece of songcraft.

This was produced with a lot of professional polish, and I definitely think that its heavy varnish actually helped to maximize the sonic depth in the instrumentation. The harmony between the keys and Allocai’s vocal is crisp to the point of sounding ethereal in the chorus, and while decadence has been a scarce find in this summer of minimalist pop melodies, it’s being utilized quite excellently in “Be My Main.” The rich tonality of this track alone makes it a worthwhile acquisition for R&B fans, but its relaxing rhythm allows for it to appeal to anyone who loves gorgeously unfussy beats.

Allocai just keeps getting better and better every time he emerges from the recording studio with a new selection of sounds for us, and I would recommend that anyone who hasn’t already taken the time out to listen to his music do so now with the release of “Be My Main.” It’s another hit for an artist whose meteoric rise to fame has been provoking a lot of buzz amongst critics like myself, and I doubt that it will be the last bit of magic that we hear from him before the year is out.