“Don’t Stand a Chance” the new single by Mattia Pironti 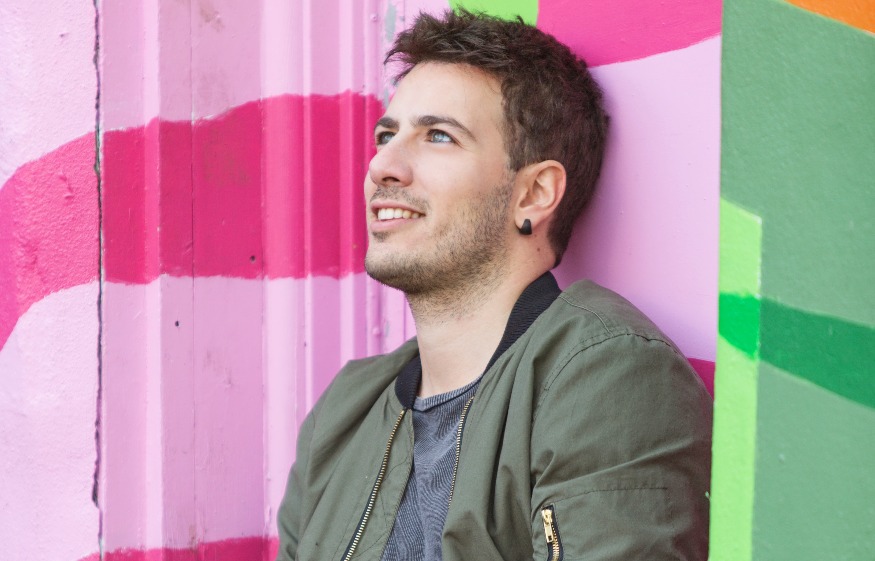 Somewhat somber and yet capable of encapsulating the honest optimism of the lyrics in the foreground, the piano plays with a tortured resilience at the start of “Don’t Stand a Chance,” the new single by Mattia Pironti, and its opulence will only grow more noticeable as we press on. Its keys frame a poetic window into the soul of Mattia Pironti that had only been teased in his first two released songs, and in the graceful harmony that ensues between his vocal and the piano, we get a clear picture as to what kind of composer Pironti has become in the last year.

There isn’t a single element at our singer’s disposal that he won’t use in his quest to create the perfect mood in “Don’t Stand a Chance,” but this isn’t to suggest that he toys with

overindulgences best left out of the recording studio in this track. For example, the bass parts in this song are really bumpy and acrylic, but they never intrude on the vocal, which is kept in the center of the mix as a sonic linchpin holding all of the other working elements together whilst leading the way with accessible, emotionally tangible lyricism.

While I like the forcefulness of this track, the mix on the percussion is a little cluttered in a few spots and perhaps disproportionate to the other parts in the song. It should be noted, however, that rather than muddying everything behind it, the drums still emphasize the severity of Pironti’s words in the chorus, and more specifically, the passion that he’s got in his vocal whenever the chorus comes pouring out of our speakers. It’s not a flawless single, but “Don’t Stand a Chance” is a lot meatier than most of the similarly stylized songs released in the past month have been.

The vocal could have used just a little more oomph towards the end of the song, particularly when all of the instrumental faceting is coming undone just before the three-minute mark in the track, but I can get why Mattia Pironti wanted to go in a different direction here. He’s obviously trying to distance himself from the minimalistic sounds of American indie pop singer/songwriters (a lot of whom have been making big waves in Canada lately) by making this component of “Don’t Stand a Chance” a bit spread out and sprawling in style, and I totally respect his decision from a creative standpoint.

It’s not quite as quaking as what I was expecting it to be, but “Don’t Stand a Chance” is definitely a great song from a skillful songwriter coming into his own after a meteoric rise to fame in 2018. Mattia Pironti has a humble depth of emotion to his compositions that can only get better with age and experience, and even though he hasn’t been in the spotlight for very long at all, he’s already showing a lot of improvement just between the first appearance of “Get Away” and this track. I’m ready to hear his debut LP, Mirror, for myself, and finally find out if he really is cut out for the primetime in this next era of western pop music.