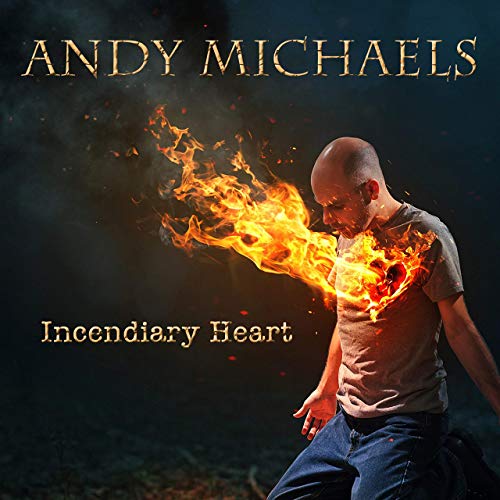 The late 2010s produced a lot of interesting singer/songwriters, and among the more intriguing that I heard in 2019 was Andy Michaels, whose record Incendiary Heart raised a lot of eyebrows in his native Australia as well as overseas in the United States. A product of hybrid creativities and eclectic collaborations with singers like Tiarna Madison and Kerry Ironside, Incendiary Heart takes everything that was suggested as being possible in Michaels’ debut LP Revisited and reshapes it to fit a more surreal, boundless template, with songs like “Fireflies,” “Only Love Knows the Meaning of Goodbye,” the title track and “Emerald Eyes” exploring new musical realms for the composer behind the fireworks. It’s a quantum leap forward for this mild-mannered musician, and one of my go-to listens this January for sure.

While Revisited had some incredible harmonies, this album forces Andy Michaels to push himself to the very edge with his vocal, and the results of his efforts are pure gold. “Rambling Man,” the single “Darling It Hurts,” “Night and Day” and “I Can Fly” showcase some of his most profoundly emotive singing to date, while “Only Change Stays the Same” and “This Songs for You” allude to virtuosities still to be experimented with further in his next studio affair. He’s got so much to offer as a singer, and here, he’s giving up any hesitations he might have held within himself prior to now when it comes time to pick up the microphone (as can also be said for Carolyn Thomas and Sharon Court, who join Madison and Ironside as guests on Incendiary Heart).

There’s an unspoken urgency to “Darling It Hurts” that is never elaborated upon in the music video for the song, but I don’t know that it needs to be in order for us to feel the melodically cathartic release toward the end of the track. Michaels is so good at creating moods in his music, and in this song, as well as “Sticks and Stones” and “Humming Bird” in particular, his navigation of complicated instrumental arrangements should be enough to leave any indie connoisseur on their knees begging for more. For being only 51-minutes long, Incendiary Heart feels like a stuffed double LP loaded full of songs that are both familiar and totally new to even the most loyal of his fans.

I wouldn’t have said this before hearing his latest record, but now that I’ve given the album’s 14 tracks a go, I can’t wait to hear what Andy Michaels does in the 2020s. He’s really breaking through with Incendiary Heart and tapping into areas of his sound that had seemed inaccessible to him just an LP ago, and though this recent release isn’t without a couple of flaws here and there, it’s got enough sonic gusto to make up for whatever it might be lacking on the surface side of things. I’d be really curious to hear an all-out acoustic record featuring nothing more than Michaels and a 12-string guitar sometime, but even if he decides to do the exact opposite with his next piece, I’ll be all ears for his forthcoming output just the same.