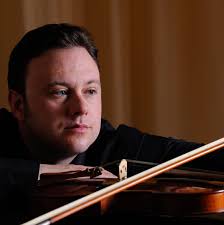 You have to applaud any musician and songwriting who, in 2020, can stake out individual territory in the increasingly recycled world of pop music. Gabriele Saro accomplishes just that. His single “Skippin’” reflects his grounding in classical music while exhibiting the skills necessary for writing and performing memorable pop songs. He brings these seemingly ill-fitting elements together without the single ever coming off as disjointed or half baked. Instead, it comes across as a well-rounded effort from the first second to the last. You can definitely hear the effect scoring documentary films has had on his songwriting style in this song, despite the presence of vocals, as Saro shows himself to be talented at creating a musical landscape that rewards listener’s attention with a fluid rising and falling, climatic moments that release tension before beginning to build it once again.

The pop strains of the song are stronger than its more traditional aspects, but you can’t ignore how his classical touches shape the track as well. He engages in a bit of musical sleight of hand at first as “Skippin’” initially begins as a piano and voice duet and it loses nothing when he changes gears and the song transforms into a more straight forward pop number. Those aforementioned classical elements are an undercurrent running throughout the song’s four and a half minute running time yet never diminishes the predominant pop sound of the performance.

Saro invokes the pop side of “Skippin’” through his use of electronic percussion and synthesizers, but he tastefully employs them throughout the course of the performance and the light touch of the former gives “Skippin’” a consistent pulse appropriate for the song title. The keyboards are warm and emerge from the production mix in controlled waves counterpointing the vocal and filling the song with color. Saro’s intuitive understanding of how to utilize these instruments is on display throughout the song and has an artfulness few of his contemporaries can match.

The vocal has emotional immediacy that will seal the deal for many listeners. The singing gives itself over to the moment without reservation and invests each line with a level of commitment that gives the performance a real sense of something at stake. Pop music, even with classical conceits like this, often sports lyrics are little more than placeholders unimportant to the overall experience of the song, but “Skippin’” is an exception. The writing doesn’t waste a single word and feels tailored to the track’s needs while still making a personal statement of its own.

These various threads coalesce into a rich and fully realized songwriting experience that’s capable of engaging listeners emotionally as well as entertaining them. Few modern pop songs can make such a claim. Gabriele Saro’s “Skippin’” has something for everyone who enjoys first class songcraft and it has the potential to appeal to wide audience. It’s little wonder this Italian born composer has garnered numerous awards and seems poised on the cusp of global recognition. His new single may be the moment that pushes his name to the forefront of worldwide acclaim.