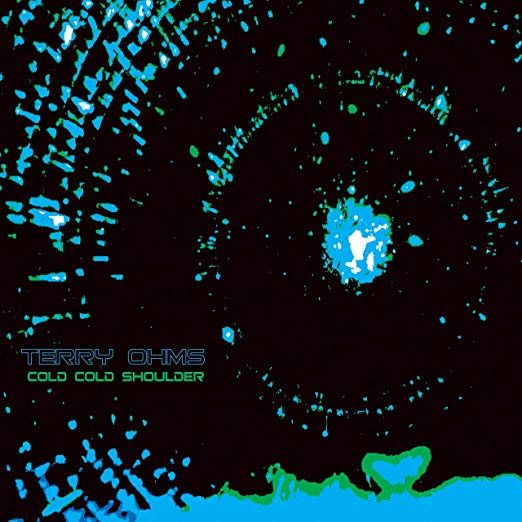 With a scooped EQ and overdrive as heavy as a pile of cinderblocks, Terry Ohms lays into the opening riff of “King of The Mountain,” the first sounds we’ll hear in his new album Cold Cold Shoulder, and while this deluge of distortion and evocative noise is about as stirring a first few bars as any indie rock fan could ask to hear in a new record this February, they’re only a sample of what’s about to come lurching after us in the next seven songs that follow, starting with the ghostly groove monster “Rock of Gibraltar.” There’s no stopping this LP from getting its hooks into you after pressing play on track one, so my best advice is as follows: sit down, strap yourself in, and allow Cold Cold Shoulder to unfold like the alternative rock epic it undeniably is.

“What Do You Mean, What Do I Mean?,” a song which takes its name from Terry Ohms’ 2010 sophomore album, slinks into the void left behind by “Rock of Gibraltar” and instantly fills in the space with a gargantuan rhythm and colorful melodies that are as dirge-infused as they are optimistically top-heavy in the way of a pre-fame Alice in Chains or, dare I say in 2020, a desert-tethered Kyuss (sans the over the top California theatrics and pothead-friendly themes, obviously). “IMO JSYK BTW” adds a bit of punkishness back into the big picture, but as is the case with the other songs in the midsection of Cold Cold Shoulder, it too isn’t as easy to categorize as it is to become hypnotized by.

A mostly instrumental break comes in the form of “All In The Past” before we’re turned over to the merciless grating of an anxiety-ridden groove in “Where You Coming From,” the most blatantly punk tune to behold on the album. The extended powerhouse “Making The Most” comes in at just over seven minutes in total length and, from a fluidity point of view, feels like it should be the natural conclusion to Cold Cold Shoulder, but by the time we get into the grips of its chiseled (albeit psychedelic-tinged) conclusion, the epilogue that ensues with “That Song” feels more than appropriate – really, it feels like the full-circle finish line we need.

Cold Cold Shoulder comes to an end after roughly five and a half minutes of eruptive noise rock ala “That Song” that somehow embodies all of the energy from the song before it without descending into the mold of a predictable hybridity all too commonly found on today’s college radio beat, and when it’s over, it’s hard to get its harmony out of your head no matter how cursory a listening session you might have indulged in just moments earlier. I’ve been following Terry Ohms for over a year, and while I had a lot of high expectations coming into my review of Cold Cold Shoulder, I’m pleased to say that this is a record that goes well beyond what I was anticipating it could deliver. Terry Ohms is back and better than ever here, and my gut tells me that will soon be the consensus among his audience.