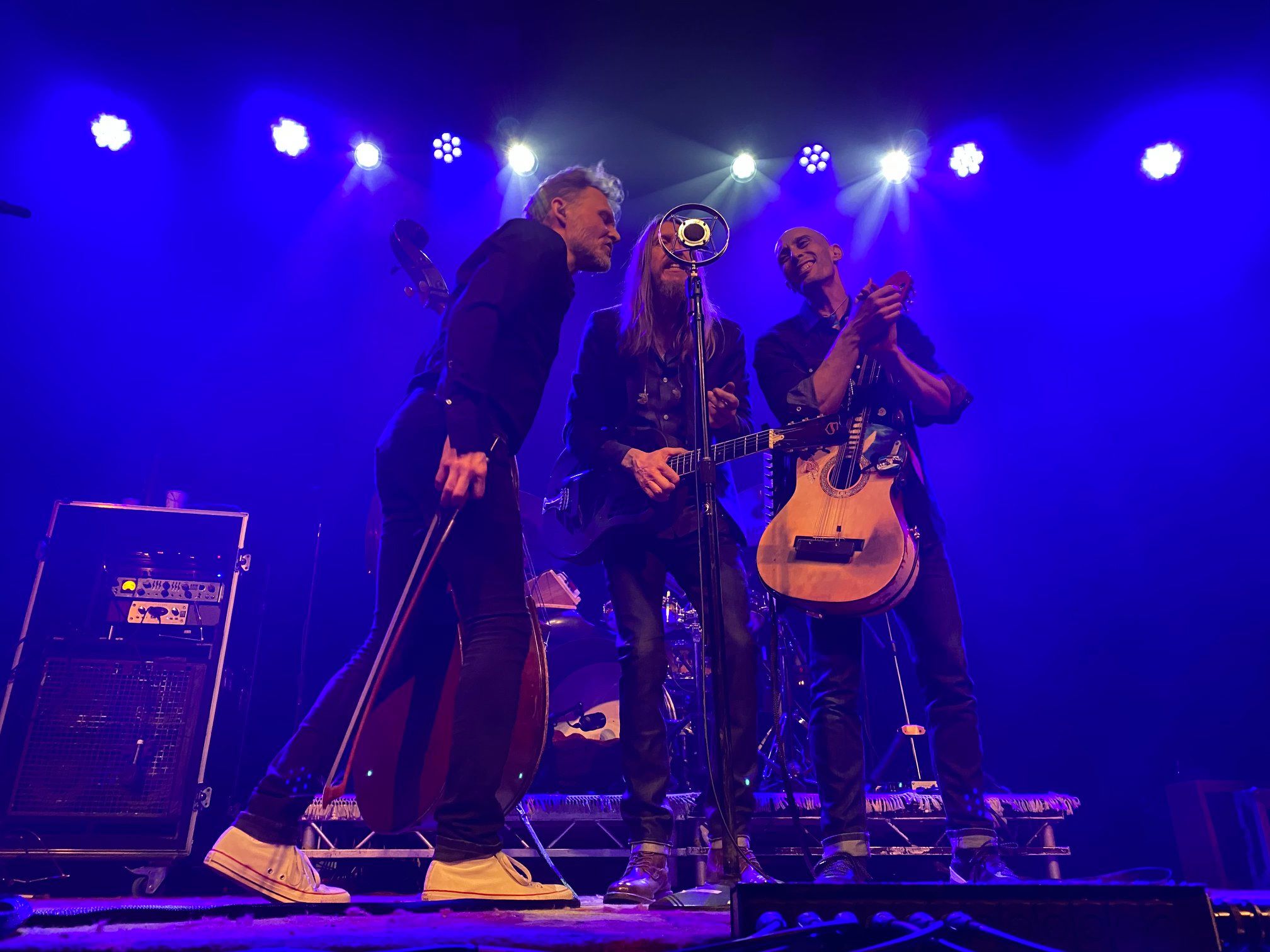 Propelled by little more than strong word of mouth and a decade-and-a-half worth of stunningly impressive albums, The Wood Brothers were able to pack Philly’s 2,500 capacity Filmore on a recent Saturday night for an enthusiastic show that was as close as many will come to a religious experience.

The Filmore is more than twice the size of the Union Transfer where the band played less than two years ago. The age-agnostic crowd features everyone from aging punk rockers to jam band fans, all there to hear an hour-and-a-half of perfectly-crafted Americana, mixed with folk and blues. The set kicked off with “Alabaster,” the first track of the band’s latest effort, Kingdom In My Mind.

There were a handful of other new songs trotted out that night, like ‘Little Bit Sweet” – already an audience favorite, despite coming out just weeks before. But for the most part, the band churned through an almost greatest hits of fan favorites, like “Postcards From Hell” and “I Got Loaded,” both met with near rapturous response. The also tossed in a remarkable cover of the traditional “Little Liza Jane”.

The trio, comprised of brothers Chris and Oliver Wood, along with drummer/multi-instrumentalist Jano Rox, played a blistering set that didn’t let up until the last chord rang out as the band left the stage. It seems odd that a group that gets seemingly little airplay and is name checked only by other music fans has managed to generate such a massive national following. But after a show like this one, it’s easy to see why.