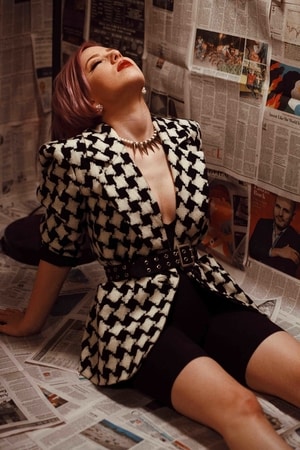 On VIP Death Squad, Bunny Blake is able to create an immersive pop track that has some serious chops to it. The dynamic established between BB’s vocals and the synth lines pushes each to higher levels. Each section of VIP Death Squad has a fairly distinct feeling; part of this performer’s skill comes in marrying together each element to create a cohesive and coherent composition. The chorus of Bunny Blake’s latest single will get listeners out on the dance floor, with crossover appeal making it equally likely to experience on dance or pop playlists. The production of VIP Death Squad is clutch. The song has a tendency to allow one element that opportunity to shine, while the rest of the song is crafting a supportive framework upon which that element relies. The single ends up being holistic and collaborative, rather than working at cross-purposes. Bunny Blake’s new cut is able to continually innovate and impress in an era where a considerable majority of pop efforts fall flat for one reason or another.

VIP Death Squad is an effort that calls back to M.I.A. and Garbage’s Shirley Manson, all while enrobed in a lush production that speaks volumes to current listeners of the widest possible swath of genres and styles. The sizzling guitar line that enters into the equation at around the 2:10 mark of this cut is precisely what is needed to refresh the single and keep fans firmly planted on the edges of their seats until Bunny Blake is able to conclude the effort.

Make sure to visit Bunny Blake’s social media profiles for samples of her music and for more information about the performer. Let us know what you think about VIP Death Squad.