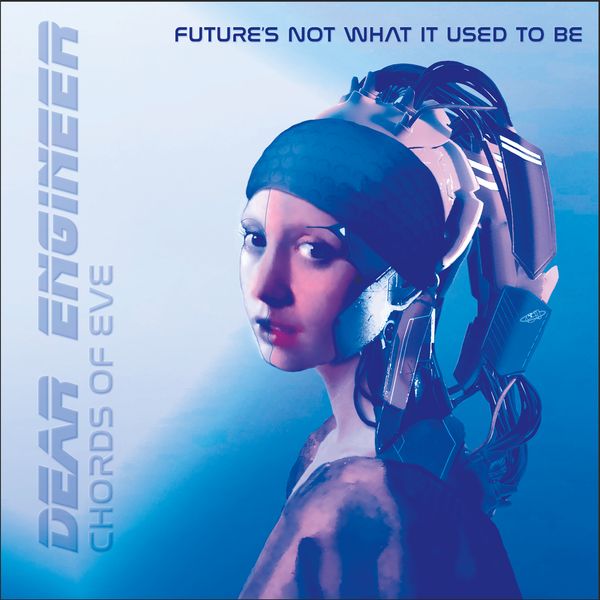 In their new extended play Dear Engineer, Chords of Eve blend together the surrealism of contemporary electronica and the self-awareness of vintage alternative rock in equal doses, and despite the acrylic nature of the textures their experimentations produce, the resulting tracklist we find in this record is unquestionably one of the more spellbinding that I’ve had the pleasure of reviewing this spring. Structured atop colorful grooves that play out with strong influences from the postmodernity of an early trip-hop ala the UK underground, Dear Engineer’s five uniquely hypnotic songs are individually quite intriguing for anyone who considers themselves a serious audiophile, but together, they form a patchwork of melodic eccentricities that even the most novice of music enthusiasts shouldn’t have a difficult time falling in love with this April.

“The Future’s Not What It Used To Be,” the title track and lead single “Brightside” are definitely adorned with some of the sleeker beats that Dear Engineer has to offer, and to some degree, I think these beats contribute as much to the lyrical narratives in these three songs as any of the other present components do – verses included. Don’t get me wrong – preserving an organic sense of melodicism in all five of the tracks on this record was clearly of upmost importance to Chords of Eve, but with regards to their overall style of attack here, it would be pointless to debate whether or not their multifaceted approach utilizes every tool in the studio war chest, particularly when it adds to emotionality of the music.

The vocals in the rebellious “Rebuild Ourselves Tonight” and swaying “Evelyn” are so seamlessly mixed into the fabric of the instrumentation that it’s almost hard for us to tell where one end of the harmonies they conjure up together starts and another is disappearing into the eithers, but I wouldn’t say that this feature relegates the whole of Dear Engineer to the realm of dreampop/shoegaze. There’s definitely a lot of Cocteau Twins, Sonic Youth and My Bloody Valentine in Chords of Eve’s lineage, but by and large, I think their compositional wit is far more defined by sonic efficiency than it is the willingness to embrace the excess of noise and abrasive melodies, which, as I see it, makes theirs a sound that doesn’t necessarily have an easy origin story to break down.

Though I wasn’t aware of Chords of Eve before getting ahold of Dear Engineer this past week (ahead of its April release date, mind you), I’m very excited to hear what they’re going to come up with from this point forward after becoming enveloped in the surreal atmosphere they develop inside of these five interesting tracks. Dear Engineer is an ambitious but ultimately simplistic effort from a band that obviously has the chops to make something much more prolific than just a basic extended play, and if it’s just a sneak preview for what 2020 is going to provide us with from the Chords of Eve camp, I’ll be eagerly awaiting more of their output as the year unfolds.