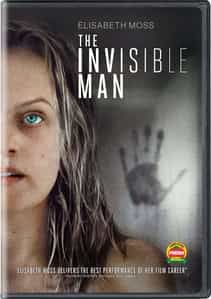 There have been countless attempts by Universal to reboot and retell the classic H.G. Wells story of The Invisible Man, but thanks to an inspired modern twist on the classic story, the studio has finally turned in possibly the best and easily the scariest telling yet of this classic monster movie. Written and directed by Leigh Whannell (best known for his screenplays for Saw and the Insidious franchise), the movie focuses on Cecilia Kass (played flawlessly by Elisabeth Moss) who flees her abusive, controlling tech genius boyfriend (Oliver Jackson-Cohen) and tries to start her life again after his death. Thanks to a series of bizarre unexplained happenings, Cecilia begins to suspect that her ex is still alive and even more dangerous.

The latest version of this story is both remarkably contemporary and surprisingly believable making it that much more terrifying. There is a little more gore than is usually attached to the story (but not nearly as much as you’d expect from the writer of Saw) and the suspense is incredible. Not surprising, the movie was produced by Jason Blum and his Blumhouse productions (Get Out, Us), who alongside Jordan Peele is quickly becoming the go-to producer for smart suspense. Given the success of Invisible Man, Universal has already tapped Blumhouse to tackle a new Werewolf movie.