“No Be Mouth,” the new single from JTK (feat. Tunji) 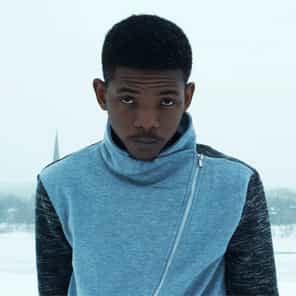 Subtle in size but shapely enough to create an ominous rhythm beneath the surface of its stealthy verses, “No Be Mouth,” the new single from JTK (and featuring Tunji), doesn’t hold back from laying heavy grooves on us inside of a rather minimalistic packaging this summer. Swaggering but uninfluenced by the arrogant attitudes that have poisoned some of hip-hop’s most promising young voices, JTK is an efficiency king in this track, utilizing every stitch of space he’s given in an effort to give us as wholehearted a performance as he can muster. His passion bleeds through the stereo in full-color audio, and while he’s still a relative newcomer to the mainstream spotlight, he’s not acting like a lost rook in “No Be Mouth” at all – the opposite, truth be told.

There’s no room for frills in this mix, and even if JTK had wanted to work in a little extra oomph on the bassline here, I don’t know where he would have put it. His vocal showmanship occupies the center stage without leaving any additional space for the instrumentation to overwhelm us with texture and tonality. Though he straddles the beat with an artful decadence in the chorus, he’s never led astray by sonic excesses; I actually think that some of his contemporaries could stand to learn something from his lean and mean approach to the arrangement. He’s all heart over harmonies in “No Be Mouth,” and for today’s hip-hop climate, that makes his quite the rare gem of a sound.

The last couple of months have been producing a lot of intrigue in the rap community, but nevertheless, the Canadian underground’s JTK is making a name for himself as one of the more worthwhile players to come out of his scene this season. There’s a resilience to his attack in “No Be Mouth” that I can’t wait to hear more of in the near future, and if he’s able to replicate the same kind of energy he’s captured so elegantly here, it would be safe to bet on seeing his name in the headlines again the next time he emerges from the studio with new material.