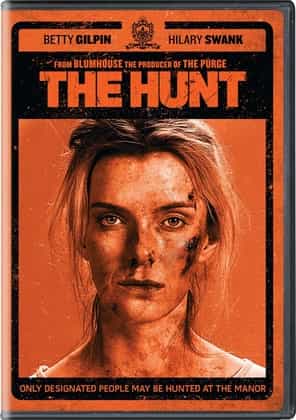 One of the most shocking revelations about the misunderstood thriller The Hunt is just how many right wing influencers, including the president, likely contributed to the movie’s sabotaged release, painting it as an example of “Liberal Hollywood” showing their contempt for Trump supporters by having them hunted for sport and calling it “[r]acist at the highest level”. The movie was also pulled in deference to mass shootings in Dayton and El Paso.

It’s obvious that none of the conservative critics railing against The Hunt actually watched the movie as the liberals come off as the obvious villains here, led by a satisfyingly vicious Athena Stone (Hillary Swank’s best role in nearly a decade). The other surprise is just how thrilling this movie actually is. The plot – as reveled by Trump & Co. does center on a group of wealthy, out of touch liberals who decide to kidnap Trump supporters, knock them out, fly them overseas and eventually hunt them.

At the risk of giving too much away, one of the potential victims, Crystal Creasey (played masterfully by GLOW’s Betty Gilpan) quickly turns the tables on the NPR-quoting hunters. Along with an inspired story line that holds your attention to the very last moments, the movie is crammed with dark, often twisted humor. Written by Damon Lindelof and Nick Cuse (both alumnus of the brilliant series The Watchmen) The Hunt is one of the sharpest satires of our current deeply-polarized society to come out in the past four years. It’s a shame it didn’t get the proper attention it truly deserved when it first came out.