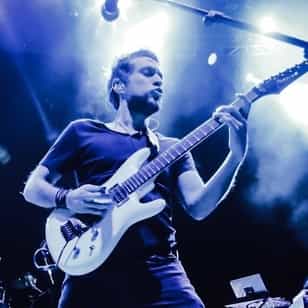 You can be forgiven if you believed that South American prog rockers Aisles were possibly finished in 2018. Longtime lead singer Sebastián Vergara departed the band in 2018. It is difficult to overestimate the effect such a departure has on a band; a band’s lead singer, for many listeners, is often the avenue people initially travel towards loving a band. Many associate a band’s work with the sound of that voice. Couple that departure with the early 2020 onset of the COVID pandemic and you have circumstances capable of undoing far older and more cohesive units. Aisles, however, weathered the storm and their new single “Fast”, their first original song in five years, heralds their re-emergence on the scene.

They sound primed for this moment in every way. The band, first formed in 2003, has existed in its current form for many years and only the addition of new singer Israel Gil adds a new spice to Aisles’ long-standing recipe. The two-guitar attack of German Vergara and Rodrigo Sepulveda have played together for almost two decades while still fanning the same creative sparks they have always experienced. Bass player Daniel Concha isn’t an original member, linking up with Aisles in 2012, and drummer Felipe Candia joined in 2013, but they play like they share the same longevity as the guitarists.

They also play with lively precision. Candia’s energy, in particular, never flags and his flurries scattered throughout the cut would tax the most talented of drummers. Keyboardist Juan Pablo Gaete plays a critical role in the song’s success. His extensive introduction is lush without ever sounding overwrought and his supporting work throughout the remainder of the tune further enhances the performance.

They are obviously a band who places a great importance on supplementary materials. The song’s video is a splendid visual partner filled with hallucinatory animation that links up with the lyrics and music alike. It is an outside the box accompaniment for this song; a much more straight-forward visual narrative might have been fine, but this video will upend listener’s expectations. It doesn’t have to feature the band; Lucy Animation Studio and concept artist Norma Jofré have provided plenty to keep our intellects occupied.

The lyrical content is a mixed bag. Many listeners will support the message contained in the lyrics, but they have a inchoate quality, promising but not quite realized. Like the band’s music, however, there’s a handful of distinctive elements heard throughout the lyrics identifying it as the band’s own rather than cribbed from their peers or contemporaries. Aisles has made, however, a glorious return by any estimation. Their forthcoming album release should be one of the most important progressive rock albums in recent memory.

“Fast” is an excellent way of introducing it to listeners. It has elements that made past releases successful and is full of a new exuberance that pushes them into new realms. They are undoubtedly eager to share this song with the widest possible audience and it should be an unmitigated success for the band.