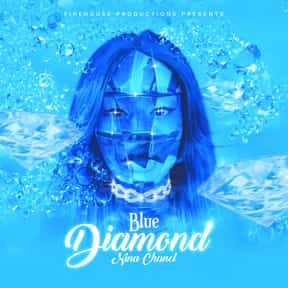 Alabama has always had one of the most underrated music scenes in all of the American south, but if a rapper like Nina Chanel is able to have it her way, that isn’t going to remain the case for very much longer. Chanel reps the Bama underground like nobody’s business in her new single and music video “Big,” a track which underscores many of the aesthetical foundations that gave birth to southern rap long before Atlanta-based acts brought mainstream focus on the genre, and whether you’re familiar with her scene or not, it’s a song you need to check out before the season ends.

Chanel keeps the video for “Big” basic, choosing to focus more on interpretations of rhythm over props representing the rhymes, and I like her decision. She’s got a piercing look on her face in this video and coupled with the beat and her sharp delivery of the lyrics it makes for a vibe all its own here. Nothing is more annoying to me as a hip-hop critic than artists who take themselves too seriously or, conversely, fail to embody any sort of genuine depth in their medium, and this player is doing neither. She’s the real article, and I’d challenge anyone who hears this song to deem her otherwise.

Instrumentally, this has all the structure of a trap single with a hollow groove similar to what we would have heard in old school hip-hop pre-2000, but the cocktail doesn’t feel like one steeped in contradiction at all. Chanel wants to put the standard on blast in “Big,” and if this is just a preview into what she could do with an even more experimental push in her future recordings, there’s going to be little debate over whether or not she can stick around with the most ambitious rappers in this genre today.