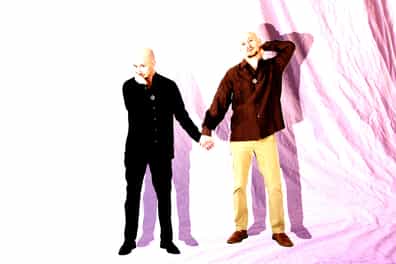 The latest effort from Hallock and Project213 arrives with the snarky, funky “Personality For Miles.” Putting itself within the same silly (yet artistically meticulous) annals as Bloodhound Gang and Cake, “Personality For Miles” immediately dives into the deep end of absurdity as it opens with a line as subtle as a lit cigarette at the gas pump: “She has those f**k me eyes and a beautiful smile.” The hilarity of such bold lyrics work all the harder as it functions in direct contrast yet conniving tandem with the opening line of the next verse: “I’ve got those Steve Buscemi eyes and a crooked, sly smile.” There’s a clearly defined knack for humor in the lyrics that balances well with the band jamming behind them in all their bouncy, groove-filled, and drum-forward glory; it’s deeply refreshing to hear a piece of music so confident not only in the instrumental performance but the lyricism, and for Project213 to pull both integral pieces off so flawlessly is no small feat.

Accompanying the single’s release is a must-see music video centered around a timeless narrative: it’s a classic underdog story of dance-battling at a party to woo the damsel and win her heart. The song’s swaggering instrumentation is enunciated all the more by the lead actresses’ dance moves, with exaggerated swaying hips and goofy costumes bringing everything full circle. Giving “Personality For Miles” some charming, full-hearted visual accompaniment worthy of such a quality song boosts an already explosive experience, and the attention to detail in the music video’s production is not something to ignore.

All in all, Project213 feels as confident and in the pocket as they’ve ever been. The single has a great deal of silliness to it, but the heart of the message is undeniable — inside everyone is a dance freak waiting to cut loose, and you shouldn’t water down pieces of your personality just to fit into a mold that was never designed for you in the first place. By staying true to yourself, Steve Buscemi’s eyes and all, your people will see your personality as a homing beacon meant to attract not only them but hordes of others similar to you. I can see “Personality For Miles” going viral with the aid of its music video and working as the mouthpiece to a generation of too-cool, self-assured weirdos and the like — and more power to it! Independent thought is in, unique personalities are the bread and butter of a post-pandemic world, and staying true to yourself will take you miles and miles in life.