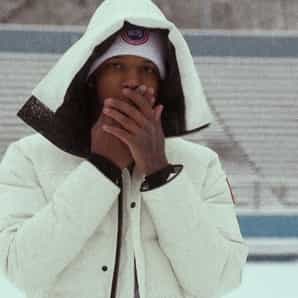 Judging from the pristine keys that greet us as we step into Bruce Lii’s world ala the new music video for “Toxic,” you would think we were in for a much more elegant number than this rocky, uncompromising performance is, but if you’re a fan of this player’s music, you know exactly what you’re getting in a piece like this one. “Toxic” pulverizes with its brute strength, most of it sourced from behind the verse, but it doesn’t go so hard as to make the poetic drive Bruce Lii is offering here obsolete. He’s still very much a storyteller, but his sonic footprint is definitely a lot bigger in this release than I was anticipating.

Even amidst a snowstorm, this rapper is the coldest element of the music video for “Toxic,” and his delivery has so much venom to it that you could say the artistic tethering of imagery and source material is nearly impossible to miss. Bruce Lii has always struck me as a guy who appreciates the straightforwardness of the old school a little more than he does the fluidity of the crossover artists he competes with on both coastlines, and to some extent, I think his lack of frills in this video is a true nod to his roots as much as it is an indicator of his creative future.

“Toxic” is short and to the point, but it does everything that Bruce Lii needs it to in order for critics and audiences to pay attention to his latest release. He’s got strength and muscularity that I didn’t think he could tap into as easily as he does in this single, and if he can consistently produce at this same artistic tier across the length of a future album, he’s going to see his mainstream value skyrocket.