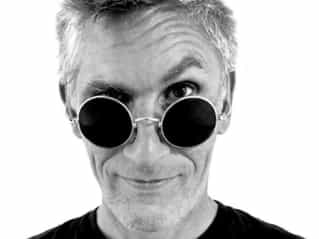 Introspection is a key theme in the music video for Bosco’s ballad “Wicked Woods,” and while the imagery contained within it seems to couple regret with a fleeting sense of reflection, it never extends itself outside of the self-awareness realm. Bosco doesn’t want to give us a sob story in this performance, but instead something tangible and relatable from an external perspective. His words are as heavy as bricks, but they’re ushered forth on a blanket of soft acoustic harmonies that could just as easily present the audience with optimism as they could something far more emotionally charged.

Bosco’s music video for the slightly more upbeat “Raven” unites themes of youth and aging in a contrasting fashion just as much as “Wicked Woods” does, but with a different narrative at hand. It’s in this release that we’re able to appreciate this singer/songwriter’s lyrical pivoting, especially with regards to how he can turn a simple statement into a plea for maturity, seemingly aimed at himself for the better part of the time. This ironically makes him one of the more credible lyricists I’ve heard tackling this kind of storytelling lately, which is no small remark for any real music critic to make.

Listeners who are seeking some duality in their singer/songwriters as opposed to the straightforwardness of a swelling ‘puritan’ movement in the American underground today would do well to hear Bosco’s new singles and their respective music videos this March, as they give up a multidimensional artistry that could really turn into something epic in the years to come. Bosco is still a new face to me, and likely a handful of other critics as well, but with the kind of meticulousness with which he’s making this content for the world, I doubt he’s going to fall off of my radar anytime soon.