Hello, Axixic. Your latest album is Dancing On The Moon. What significance does the title hold for you?

It’s a metaphor that I carried around for years to describe two contradictory ideas: living in the moment -or- doing one thing when you really should be doing something else. When I came to Mexico to write and record the album it seemed to describe what I was doing so I decided to turn it into a song. 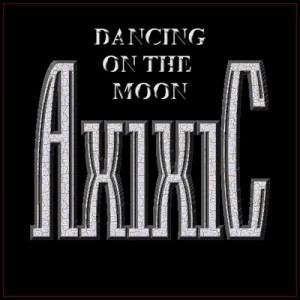 Typically, I start with words. I’ll turn a phrase around in my head and play with it until a musical idea associates itself. The rhythm of the words and any emotion that attaches to them, start to express musically. While that goes on I think about a back story: if someone was in this situation what would they say about it? Sometimes the person is me but not always. I develop the song from there – Verse, Chorus, does it need a Bridge? An instrumental Verse? Often the genre of the piece dictates its structure. Once I have that I just work it. Songwriting is a process.

Lennon and McCartney, of course. But my parents were big Country fans and growing up I always heard that music – Patsy Kline, Jim Reeves, Roy Orbison. It’s like living next to the train tracks; you can’t help but be influenced and, with this album, I wanted to give in to that influence. But I’ve always paid attention to whatever I thought was good songwriting, regardless of genre: the Gershwins, Elvis Costello, Sondheim – people who know how to craft a song.

Great question. Most people don’t even think about that and it’s grueling; dropping a song is like killing your children. I recorded eighteen tracks for Dancing On The Moon knowing that six would be dropped and that’s hard – you leave the decision as late in the process as possible, just before mastering.

I felt that the first track needed to be upbeat and get to the hook quickly. And the next track should have a similar tempo to the first. The third track needed to be the most commercial offering because that’s the usual “sweet spot” for an album. Thematically, the album is dark and mostly slow tempo so the next three tracks needed to transition to slower tempo. Number seven is another traditional “sweet spot” so I wanted something more commercial there. Because it ends with a really long chorus, I knew that ‘2 Out Of 4’ would be the closer so I put a higher tempo song in the number 10 spot – to break up the somber tone of the last half. Then selected the songs according to how they “felt” within that structure.

Surprisingly, YouTube. I’ve had over 200,000 views which seems like a lot to me. Especially since my videos are awful – I even put that in my intro: “Good Songs, Bad Videos.” I think I am getting better at it and I just released one for ‘2 Out Of 4’ that I am reasonably happy with. Facebook is just a reality that must be dealt with and I’ve seen a steady increase in “Followers” since the album release but it isn’t big numbers – one or two a day. Terrestrial radio is still the king when it comes to music promotion and that’s a real problem for independent artists – getting on the radio. I’ve concentrated on a few services that promote music to radio stations and I’ve received some airplay because of it but it’s an uphill battle. I don’t like gigging, never have liked it because it’s so difficult to produce a live sound that matches what you do in the studio. So anything that gets my music directly to listeners is an improvement.

Which tracks are your favorite on Dancing On The Moon, and what makes them so?

As in, which of your children do you love most? But seriously, it changes frequently. Right now I am very pleased with ‘Lying In My Arms’. I wanted it to sound like Chet Baker backed up by a jazz trio and I think I got it pretty close. Not the singing, of course, but the feel of the track – old time jazz, sparse instrumentation, no relying on strings to cover your sins. I’m happy with it.

iTunes, GooglePlay, Amazon – all the usual download services are carrying the album. There’s a ‘widget’ on my Tunecore profile that streams the album in fairly high quality MP3 – that’s probably the best place to start.

What is the next step for Axixic?

I co-wrote with Wayne Walsh for years, right up until his health stopped him from performing. We have a significant back-log of songs. When I gave Wayne a copy of the album he really liked it but admitted to me that he was sad that he played no part in it – I didn’t use any of our songs and Wayne didn’t play on any of the tracks. Right now I am combing through that backlog to see if it makes sense to re-record an album’s worth of that material. (But listening to stuff I wrote ages ago is painful and humbling.)

Just that I hope they really appreciate what they have in your publication. I’ve had the chance to go through quite a bit of your online stuff and the writing is superb. I hope your readers realize that.