Aluk Todolo returned to the studio during May – June 2015 to record their fourth album, entitled Voix (“voice[s]” in French). And now, the album is set for European release on February 5th via Norma Evangelium Diaboli [NED] (same date in North America via The Ajna Offensive). 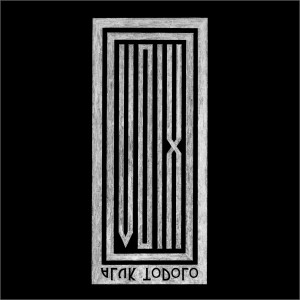 Voix is one piece, divided in six parts, totaling 43 minutes. Composed as a multi-directional labyrinth with a constantly changing map, its secrets can only be revealed in the space between the notes and beats: where and when the voices shall be heard. The tapes have been magnetized at Drudenhaus in the western reaches of France.

Aluk Todolo will appear with a live set including new material. The band will take part in many festivals following the release. They have been already invited by Sunn O))) to play at Le Guess Who? Festival in Utrecht/Netherlands along with Magma, Faust, Annette Peacock, and Arthur Brown. After a show in Moscow in March 2016, they will tour USA and Europe to support this new album Voix. Cover and tracklisting are as follows: