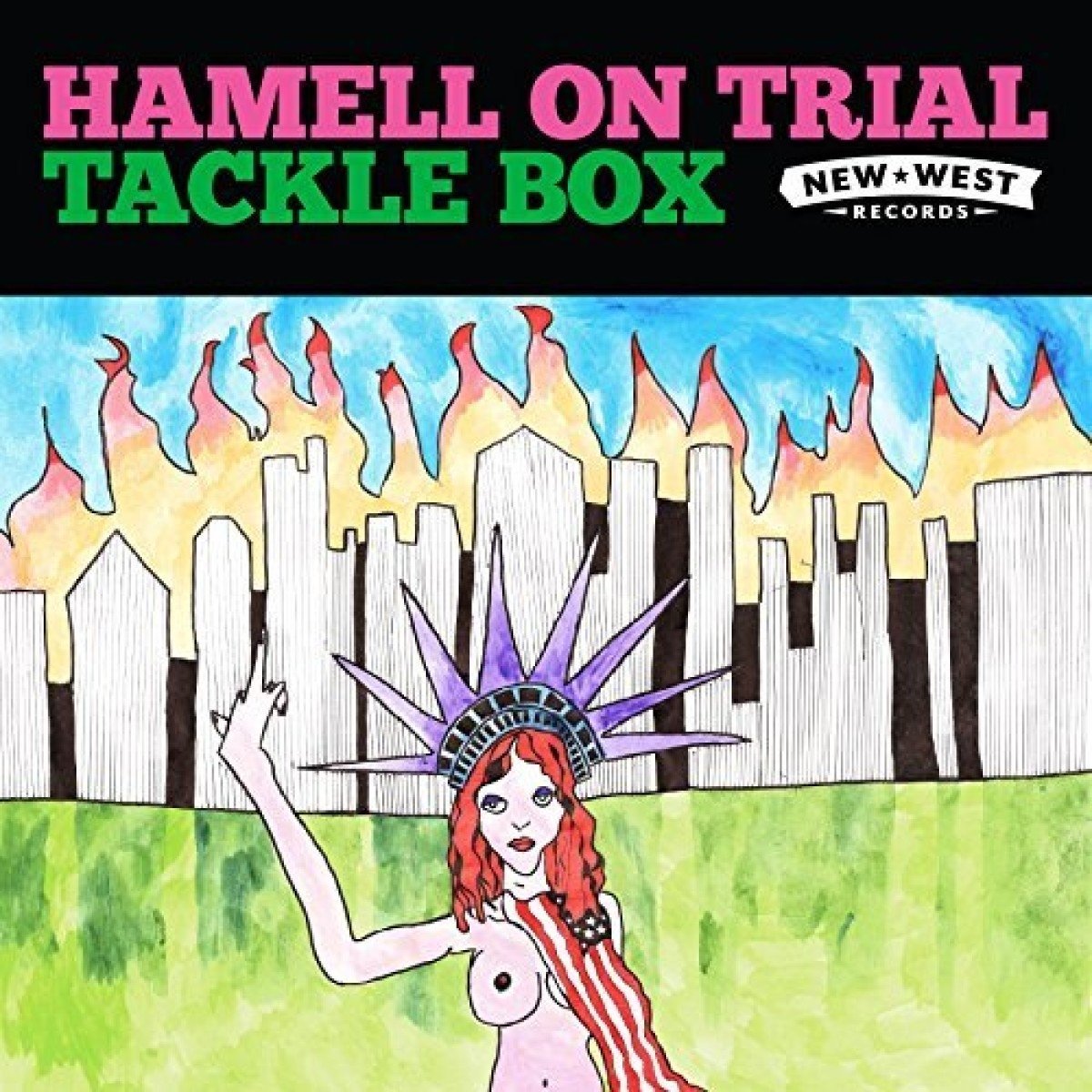 The first voice you hear on the 10th album from acoustic punk poet Hamell On Trial is from Donald Trump (“I’d like to punch him in the face,” declares the Whiner in Chief on the opening line, to the album’s opening track “Safe”). And much like Ragan launched a slew of great punk bands in the ‘80s, Trump’s white-pride-and-fuck-the-rest style of leadership serves as fodder for much of Hamell’s latest brilliant offering. He’s always been the conscious of modern music and nowhere is that more obvious then on “Tackle Box,” where Trump’s America is on full display.

Easily the strongest track here is bound to be the most controversial, “Not Aretha’s Respect (Cops),” a dark, autobiographical song told in the first person to his son about the realty of the mindset of many cops today (“I’m trying to teach my kid there’s some authority that needs to be respected but we have no respect for you/now I’m trying to teach him to not get shot”).

As he’s proven album after album, Hamell is a master at holding up a mirror to society through searing, wry lyrics, via strong melodies and some well-placed acoustic guitar licks. We may be going through a particularly dark period in our country’s history, but at least we’ve got a stellar soundtrack to get us through it.