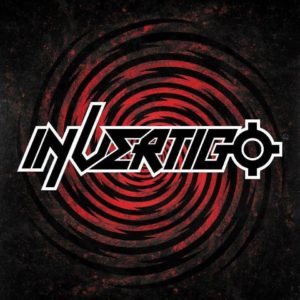 Rock music has never been about sucking up to trends and fads – no matter how fleeting or exciting in the moment they may be. Since the very beginning rock has been about giving the earth the sonic ferociousness that we need to remind us that we’re still alive, still kicking and still apart of the vitality of the universe. Rock was meant to transcend and transport us to another world, a place where sound and physicality are one and we are left at the mercy of the sage musicians capable of delivering such immense pleasure in only sparing amounts (for a truckload would surely kill us). In/Vertigo know what rock n’ roll was always meant to be, and they’re paying tribute to everywhere it’s been and the places it might be able to take us to in their new song “Bad Enemy,” a swaggering slice of dark heavy music intended to make everyone aware of who’s boss in Canada and beyond right now. Their native country can’t stop buzzing about their upcoming album, and down here in the States we’re starting to think that the future of rock will live and die by the hands of our brothers and sisters to the north.

There’s plenty of reasons to fall in love with “Bad Enemy” and In/Vertigo, but I found the band’s compositional style of attack to be the most intriguing element of their multifaceted sound. Instead of rushing to get us to the crux of their narrative, the bread and butter of their sound if you will, the harmony of “Bad Enemy” is distributed to us piece by piece like bricks piled on top of each other. Before we know it the band has built a sort of audiological fortress around us and there’s no escape. Our only option is to embrace this world that they’ve created for us in their insular, lyrically suffocating palace of songcraft, where anything is possible if you crank the volume loud enough. I’ve been one of the few critics to argue that big volume can’t sell in 2018, but these guys didn’t just challenge my opinion in this song, they flat out shattered it.

Chock full of rich potential that can only be described as ethereally designed, In/Vertigo have got a lot of really important decisions waiting for them in the coming months and years. As “Bad Enemy” climbs the indie charts, there’s going to be a lot of talk as to whether or not they should rush deliver their new EP and get back on the road or focus on returning to the studio and developing whatever new material they’re able to come up with in the wake of this single’s success. Personally I hope that they take their time cultivating this sound so as to see it develop to its maximum capacity. A lot of bands that have been in a similar position have jumped the gun and paid for it financially and critically; hopefully In/Vertigo won’t make the same mistakes, because they’re quite a diamond in the rough.