“Suck You In” the newest single from Lana Blac 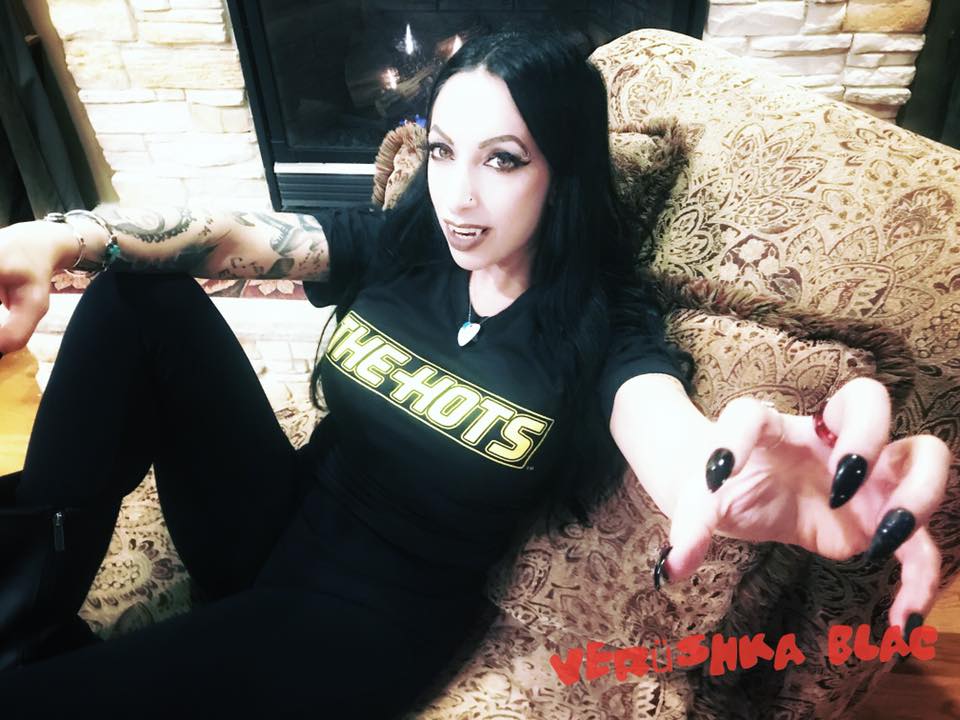 A crackling dissonance not dissimilar to the sound of a needle making contact with a vinyl record for the first time penetrates the silence that opens “Suck You In,” the newest single from Lana Blac’s stellar album Nocturnal. A pummeling,treble-drenched percussion interrupts the ambience of the feedback and wakes up a cantankerous guitar riff that seems bent on discord. In the distance a grinding synthesized melody that is all too reminiscent of a funeral organ blankets everything in tension. Blac starts to sing with her trademark bite,and any notion that this single is going to be anything other than a sonic venture into the melodic underworld is dashed instantly.

Blac’s lyrics are very commanding, but they aren’t campy or over the top in the least. A big issue that critics have had with heavy metal over the years has been its lack of consistency when it comes to marrying words to watershed riffage that on its own has the power to change the way we listen to rock n’ roll, but that isn’t a factor in this single. Blac spits out imagistic lyrics that paint a picture of sheer terror before our very eyes without ever appearing before us physically.Her voice softens the blow only so much; for her prose is as splendidly evocative as the mammoth chords that accompany them are.

The drumming that guides the track along is very provocative, and I would argue just as much of a draw as the metallic guitar play is. While not very high in the mix, the percussion’s equalization is much more spread out and even than the rest of the instrumentation is, allowing for it to be the sole foundation of all the shenanigans that are transpiring as we work our way from beginning to end. Blac’s witty verses are timed with the beat down of the drums, and the two actually conjure more emotion and vitality in this composition than any of the other elements do.

This mix is very sharp, but not to the point of being annoyingly translucent. The fad of tinny guitar solos giving way to hollow drumming is completely ignored by Blac int his song; if anything, she goes out of her way to keep the levels as intricately defined as possible as to make the entire track feel more like alive experience than just another studio recording. Her efforts were well worth it; thanks to this sterling production quality, we can hear every studded nuance in her voice as well as the organically harsh nature of the drums and guitar.

If you’ve been hungry for authentic heavy metal that refuses to sacrifice tonality for speed and showmanship, Lana Blac has cut a single in “Suck You In” that I can almost guarantee will hit the spot. Blac holds utilizes the full range of her skillset in this song, and while I still think that she could develop her craft a little further and be an unstoppable force in the heavy metal world, this is an abundantly satisfying addition to her discography. Boldly executed and produced with a slick polish that even her major label counterparts would envy, “Suck You In” does everything that its racy title implies it will and then some.

The music of Lana Blac has been heard all over the world due to the promotional services offered by Danie Cortese Entertainment & Publicity. Learn more here – http://www.daniecorteseent.com/