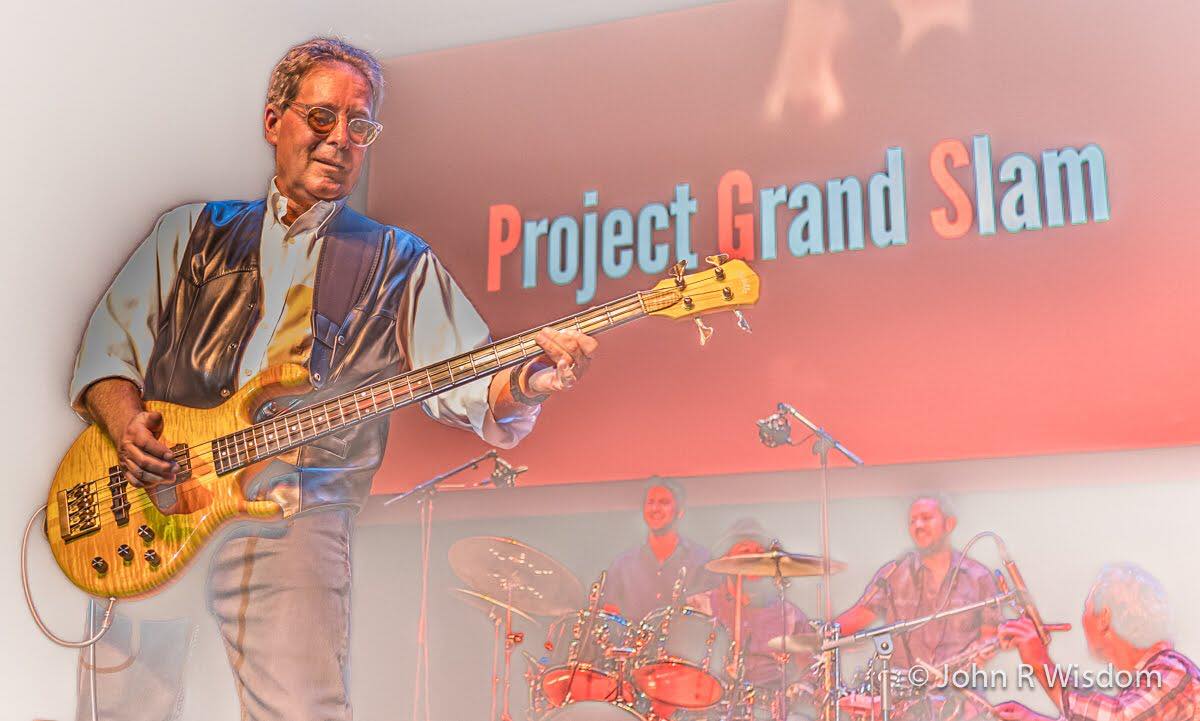 Bluesy riffs start a fire that singer Ziarra Washington will cool with her sensuous serenade in the stylish hybrid “Redemption Road.” A sly groove will wash away the slightest notion of anxiety as we strut to the beat of “Python.” Washington and saxophonist Mario Castro harmonize in the heavenly melodic tapestry that comprises “The ‘In’ Crowd”,” and in all three of these tracks and the ten that accompany them on Project Grand Slam’s all-new LP PGS 7, Robert Miller’s elaborately designed jazz fusion ensemble deliver a diverse mixture of moods and melodies that are certain to stimulate all of your senses this season. I’ve come to expect nothing but top notch material from this righteous rhythm syndicate, and their most recent offering lives up to the high standard they’ve set in past releases like Trippin’ and then some.

There’s a lot of texture in the music that we find on PGS 7, and it isn’t limited to the mammoth basslines that Miller dispatches in instrumental jams like “Torpedo of Love,” “Funk Latino” and the rollicking midcentury rocker “No One’s Fool” alone. From Ziarra Washington’s gorgeous harmonies in the haunting “Get Out” to Joel E. Mateo’s devastatingly erotic drumming in “Take Me,” there isn’t a stitch of audio present in this record that isn’t brimming with an evocative finish generated almost solely by the band’s play. The production quality is as pristine as the compositions it serves, but there’s no arguing that Project Grand Slam’s tonality would liven up any setting you put it in, regardless of soundboard frills (or rather, lack thereof).

“Funk Latino,” “Yeah Yeah” and “Tree of Life” are pretty simple songs on the surface, but their melodicism isn’t overshadowed by the complexities within more virtuosic numbers like “With You” or “Torpedo of Love” at all. Both the streamlined material in PGS 7 as well as the complicated pieces are remarkably expressive and spellbind us with their muscular arrangements and brooding narratives. Robert Miller takes a very liberal approach to his songwriting in this album, but he’s careful to avoid the over-stylization that has plagued his contemporaries’ output in recent years. “At Midnight,” “Get Out” and “The ‘In’ Crowd” demonstrate plenty of ambitiousness, but even at their most excessive, they never drift into the realm of compositional overindulgence.

Project Grand Slam turn in another soulful songbook for the ages in PGS 7, and in a spring season that is slated to see some pretty notable releases from a litany of artists across the pop spectrum, it stands out as an album that appeals not only to the band’s longtime followers, but really to anyone who enjoys a sophisticated style of songcraft as well. Their sound is truly unlike any other that I’ve had the pleasure of reviewing in the last couple of years, and having fallen in love with the raw intensity of their last LP (the live record Greetings from Serbia) after only a single listen, I was really hoping to hear them expand upon its freeform style and framework here. I wasn’t disappointed in this follow-up, and I have a feeling that you won’t be either.