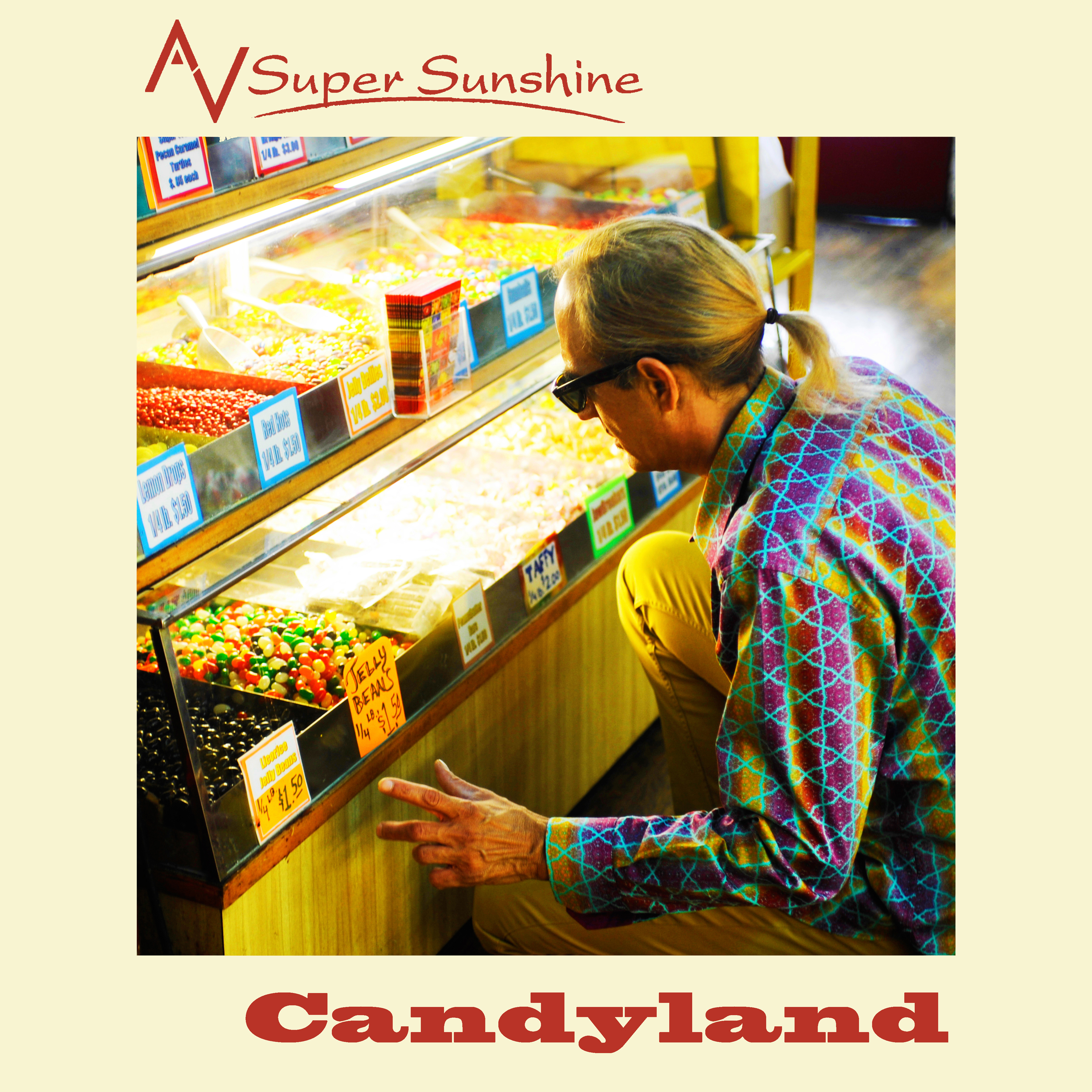 2019 has been an exceptionally good year for independent musicians, and not very many in the bunch know this as well as AV Super Sunshine does. It wasn’t enough for AV to drop the remix LP Candyland on us over the summer; in his new single, which is also titled “Candyland,” the artist and his eponymous band prove to be the most diverse act in their scene with two mixes of a chaotic but melodic mega-song that don’t ask all that much from their audience in exchange for more chills than you’ll find in any cinema this season. “Candyland” is, simply put, powerhouse pop for the next generation of audiophiles.

The two mixes of this track – rock and radio – couldn’t be any more different unless they were based on separate compositions, but neither one feels confusingly experimental. It’s almost as though we’re listening to two rough cuts of a song that never made it onto an album but instead lived a short life inside of the studio only to disappear forever once recording sessions had come to an end. It’s basement tapes-level eclecticism, but proline production value if there ever was such a thing, and that’s a pretty hard balance to strike.

AV’s vocal is a lot more cutting and vicious in the radio edit than it is in the rock mix, but I think that I prefer the way that it’s situated between the instruments in the latter more than I do the former. It’s always a treat to hear this man sing, but he sounds unusually passionate in this song, as if he’s getting something off of his chest that’s been there for far too long now. It’s a contagious blend of excitement and catharsis, both of which are hot commodities in the overly stressed-out world that we live in these days.

The bassline in the radio edit is soft, simple and surprisingly minute when juxtaposed with the synthetic components in the backend of the melody, but I personally found it to be one of the best basslines I’ve heard in any AV Super Sunshine song; rock, pop or otherwise. The competition definitely could learn something from the use of conservatism on this particular front of his songwriting, as they have (for the most part) shown themselves capable of producing what sounds and looks like the exact opposite for the better part of the last decade. AV on the other hand? Not so much.

It’s been said before, but I might as well say it again now – AV Super Sunshine is dominating the bulk of our conversations in the international underground these days, but with songs like “Candyland” becoming the standard product of his compositional conferences with the performers that he’s aligned the AVSS brand around, he’s bound to stay right where he is in the hierarchy of indie rock for the foreseeable future forth. “Candyland” is helping him to pick up a lot of steam as we stare down at 2020, and if it’s a look at what his next LP is going to be like, the coming year will be even greater for his career than this present one has been.