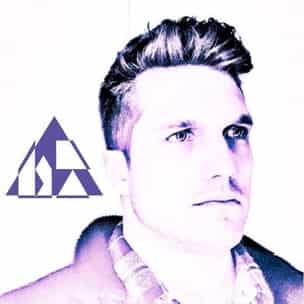 The London underground has always produced some of the most provocative artists known around the world, and this spring, it’s offering us another soul-searcher with a talent for making impeccably eclectic music in Bloom’s Taxonomy. Bloom’s Taxonomy is a solo project dedicated to exploring the depths of the modern ambient beat, and in his new record Bitter Lake, he takes a uniquely British approach to his mission. There are more than a couple of really stirring experimental EPs out this May, but if you’re looking for something guaranteed to throw you a curveball, I don’t think you’re likely to hear anything quite as rousing as what this artist includes in the masterfully meticulous Bitter Lake.

Although steeped in electronic aesthetics, the tonality of the instrumentation in “Spominiks,” the title track, “Taurus-Littrow” and “Balconies” is spot-on amazing. Even the synthesizers sound particularly warm, not to mention about as far away from tinny artificiality as you can get without going acoustic. Industrial beats have their place in today’s musical climate, but in the case of Bitter Lake, it was smart of Bloom’s Taxonomy to keep them out of the picture altogether.

There isn’t a lot of extra space in this master mix, and yet there’s never a point in tracks like “Burgess Park” or “Love and Grace Machine” in which we are made to feel suffocated by the stoic discharge of grime. Bass, drums, keys and synths can all act as ingredients for a deadly ambient cocktail, and by utilizing them as cleanly and efficiently as he did on this occasion, Bloom’s Taxonomy was able to avoid a lot of the pitfalls commonly associated with musical excess. He shows no interest in over the top theatrics here; only expanding upon concepts as he conjures them up, seemingly in real time.

There are some slight jazz influences in “Taurus-Littrow” and “Balconies” that I would love to hear Bloom’s Taxonomy experiment a little more with in the future. Right now, there’s a lot of different directions in which he could push the ambient style of play that he’s produced in Bitter Lake, but above all else, his mathematical treatment of harmonization is something he really needs to try exploiting more. It could absolutely yield some tremendous artistic breakthroughs on his end, which in turn would shine a bit more of the spotlight on the London scene’s upcoming exports in general (always a good thing).

It’s not something that will meet the needs of everyone’s taste, but for the audience Bitter Lake was tailor-made for, listeners cannot afford to miss out on what Bloom’s Taxonomy has to say here. Ambient music has come a long way from the early days of experimentalist basement tapes that rose to the surface as early as eight decades ago, and thanks to performers like Bloom’s Taxonomy, its continued growth can is assured through yet another era of popular music. This artist has made a believer out of me, and after this record finds a home left of the dial this summer, I think the same will be true for other indie connoisseurs.