“Nothing to Lose” by pop singer/songwriter Johnnie Mikel 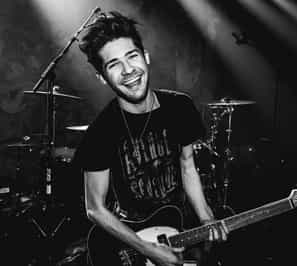 In his latest single, the playful “Nothing to Lose,” pop singer/songwriter Johnnie Mikel is exploring a strain of vocal showmanship more indebted to the conservative stylings of a bygone era than it is anything in the grandiose-filled modern genre, but I wouldn’t call it a total throwback. Right out of the gate, this song has a bounciness that it expounds through much more than a fluid drumbeat; in all honesty, the percussion isn’t even the loudest element in the mix here.

The bassline, in collaboration with the vocal and subtly-sprinkled keys, sparks up a rhythmic sway that gets us clinging to the rhythm of this track before we know what’s what in the chorus of the song. We aren’t given any time to transition from one ridge in the rollercoaster to the next – Johnnie Mikel is a man possessed with owning pop harmonies of an elite value in this track, and he isn’t about to let anything stop him from getting exactly what he set out for. He might be experimenting with a melody-focused style of composing now more than he ever has before, but for my money, this is definitely the most articulate and aesthetically pleasing he’s sounded in his career so far.

The production quality is a lot rawer than I was initially expecting it would be in “Nothing to Lose,” but I really like that there isn’t a lot of varnish getting in the way of our enjoying the musicality as it was originally meant to be heard. The vocal ties everything in the instrumentation together as to prevent anything in the arrangement from sounding overly-jagged or out of place for a contemporary pop song, and though this is a technique that has become common in the genre over the last couple of years, it doesn’t sound even somewhat recycled in this particular instance. The lyric video for “Nothing to Lose” goes above and beyond what the status quo would ever call for, but I don’t think it should be regarded as the excessive yin to the single’s yang. Both are top-level content that fans of Mikel, and those just looking for premium pop right now, will no doubt enjoy.

It’s been an admittedly hit and miss year for a lot of the pop musicians making noise in the American underground since the late 2010s, but Johnnie Mikel proves himself to be more consistent than many of his rivals are in this most recent slice of sonic heaven released under his name. Beyond the surface level frills that makes this song such an appealing listen this summer, there’s substance to most every moment of the performance that Mikel is sharing with us here.

The bones of “Nothing to Lose” are more than strong enough to support an acoustic reworking of the track at some point in the future, but even if this is the only version of the song that we get to hear before seeing it performed live, I think it tells us everything we need to know about its chief composer.