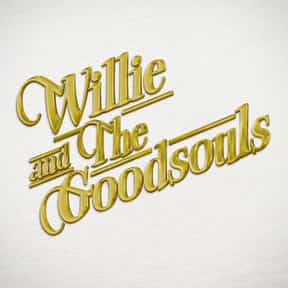 When starting up Willie and the Goodsouls’ self-titled release, I’ll admit I was pleasantly surprised. It’s a dangerous time to release something so unapologetically based in the genre of rock these days, and the artists that generally attempt such a feat sneak something abhorrently unexpected and mismatched from the rest of the album’s tone into the tracklisting to ensure success on the charts one way or another. As the eighth and final track came to an end, I was still left waiting for that song that felt akin to chewing on gravel — any tone-deaf dubstep breakdowns, rap verse features, or extremely left-field genre switches couldn’t have been any further away from the latest Goodsouls joint. Willie and the Goodsouls managed to achieve the (seemingly) unachievable by releasing a wall-to-wall, start to finish send-up to their favorite rock forefathers and their rockstar ambitions. No filler, no padding. Just rock. Well, just rock… and, arguably, some roll.

Beginning with “Sounds,” the self-titled Wille and the Goodsouls project immediately treats listeners to an uptempo piece of rock music that feels as much a part of the American rock scene as any other modern rock artist, its drum fills and vocal timbre reminding me of Foo Fighters in a minor way. The attention to the style of the guitar is soulful and aching, detailed by a solo three minutes in as the song slows only momentarily. “I Want In” continues the trend of fast-paced rock as lead singer Willie screams about wanting in after being out for so long. The core notion feels tied to the band’s ambitions of breaking into the rock scene, and helming from Finland can light that fire under such goals. “Double” cools things off with its attention to integrating brass and piano into an anthem, as well as harmonizing vocals throughout. “Oh My What A Dream” continues the lighter path established by “Double” and even incorporates strings into the lineup. Willie’s vocals ache and yearn, and the overall performance from the band gives this song the leg-up as the album’s standout track.

“Future” kicks things into the next gear through the use of what sounds like an accordion and a totally killer bassline; serving as the halfway mark for the album, it follows its predecessors well and offers a chorus you’ll be humming for days. “Air” gives the impression of a song aching for a live performance, as the vocals and guitar have a lot of room to let loose within this track’s loose format. “Baby I’m the Man” is a simple comedown piece at only two minutes long, ridding itself of electronic guitars for a more acoustic approach. The vocals are gentle and complement the acoustic setup impressively. “Worlds and Ya-Ya’s” closes the project out in truly epic fashion, feeling like a great song to send concertgoers out on. There’s attention to sonic layering put on display that fully takes advantage of the deserved goodwill earned in the seven songs prior, and the guitar solo featured takes the cake for the best on the album.

“Willie and the Goodsouls” is an album more than worth having the band’s name attached to through its title, as the self-titled approach is used to great effect in delivering a personal piece from the band that they’re very proud of. Willie and the Goodsouls are fantastic at what they do, and this outing only further proves it.