“Let Me Tell You” by Summer Rain 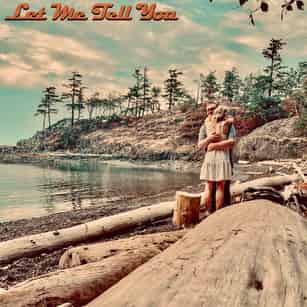 Blue-collar indie rock isn’t extinct, it’s just gone deeper underground with the advent of electropop’s new wave. There’s still a lot of blood and sweat in this coveted corner of the alternative rock universe, and bands like Summer Rain are proving that right now like no one else can. Summer Rain is a part of a generation of bands that can balance muscularity and melodicism like nobody’s business, and in their new single “Let Me Tell You,” they elevate their game to a level that a lot of listeners, mainstream and underground the same, are going to be forced to take note of.

There’s a pastoral feel to the beat in this track that swept me right off of my feet the first time I listened to it, and when coupled with the fierce push of the melodic instruments at the climax of the song, we end up with a retro folk-rock vibe in “Let Me Tell You” that scores of bands have tried to construct organically through the years (to little avail). It’s not deliberately recycled, but I like the enigmatically classical essence this song is sporting from one verse to the next, reminding us of rock history while still planting its intentions firmly in the future.

The easy rhythm in “Let Me Tell You” is definitely romantic, but the focus of these players is always too intense to be described as anything but professional. I’ve gotten pickier about rock music in the past ten years, but as lean and mean as my taste has become, there’s just no critiquing the mechanics of this band’s chemistry. They’re not grasping for straws here, but playing out a solid blueprint that only the most thoughtful of artists can follow, which is more than any of their competition has been doing in recent times.

“Let Me Tell You” is good listening and a can’t-miss spin for anyone who values a straightforward groove n’ harmony kind of jam, and depending on how Summer Rain proceeds, I think it’s got the potential to bring them a lot of credibility in addition to what they’ve already scored thus far. There aren’t a lot of talented bands worth writing home about at this time, but of those who are really chomping at the bit to do something incredible with their careers, I think this is one of the best groups to follow heading into the new year.