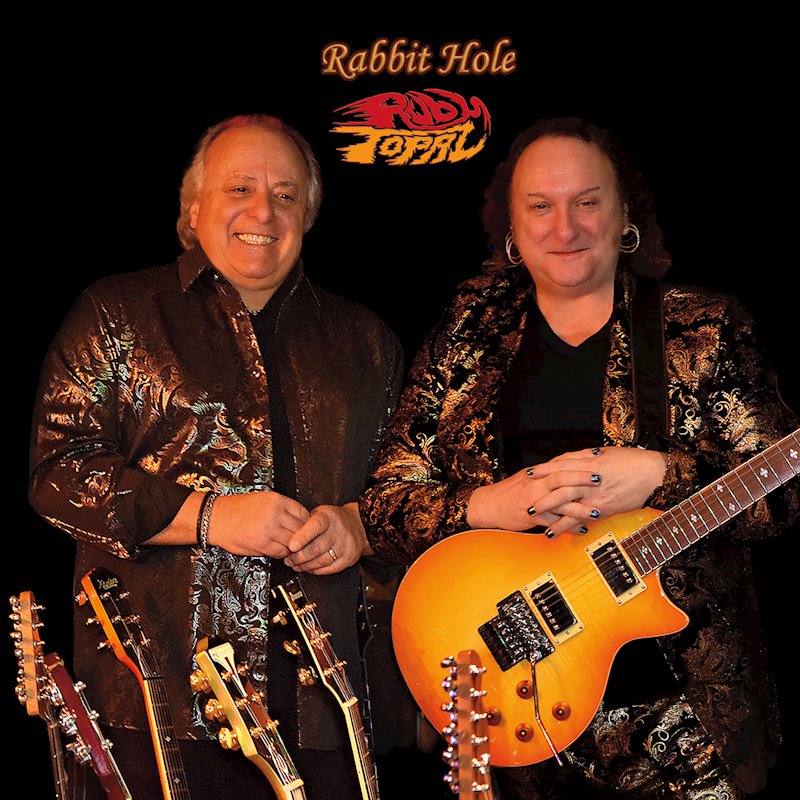 The titular, opening effort on Ruby Topaz’s new album Rabbit Hole has the guitar sizzle and alluring vocals of a BTO or Boston. Therre’s a quality to these guitar / drum dynamics that will stick with fans long after the song ends. The robust momentum achieved from this opening salvo will keep listeners firmly locked to the edges of their seats.

You’re Still Running benefits from a production that allows a bit of the grunge and grit to show through, all while the act is able to have some seriously charismatic vocals play on the top of things. With a drum beat that will tattoo itself deep into your soul, it’s not surprising that the band’s entering into a track like Be My Love with a whole heap of energy. There’s a bit of a slower tempo created during Be My Love that ensures that Rabbit Hole has the same drawing power that it had when the album started out. There’s a bit of Foghat that can be picked up here, but the passion that issues forth from the vox do a lot to establish Ruby Topaz as their own unique act.

Come Back To Me is an absolutely immense sort of track that has each instrument lay down some seriously heady vibes. While the song itself feels poppy at points, the immeasurable ability of the guitars, drums, and bass here place this track among the most technical we’ve heard. The album comes with a pair of bonus tracks, Hey, What Are You Doing and Midnight Confessions. Together, they act as the perfect coda for the release. Ruby Topaz has crafted in Rabbit Hole an album that showcases tremendous depth while taking listeners on a rockin’ journey.

Top Tracks: You’re Still Running, Come Back To Me, Hey, What Are You Doing