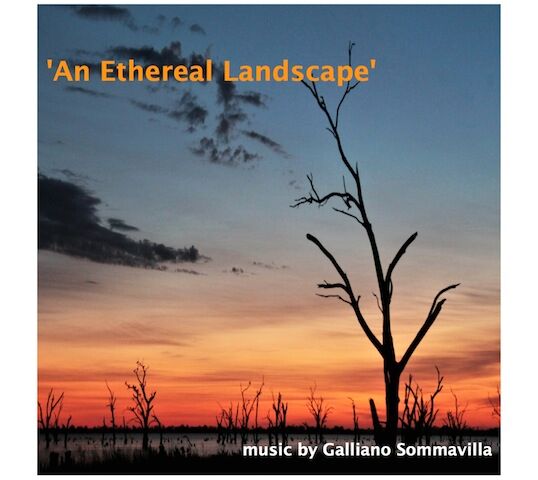 Air and Water is the introductory effort on An Ethereal Landscape, providing listeners with a lighthearted track. Sommavilla blends together organic and electronic sounds along with touching upon traditional, modern, and new age genres to craft a wholly unique sound. Everything flows naturally into one another; a synthesizer can open up to emotive guitars and vocal-esque arrangement. All in all, this first song will keep fans firmly planted on the edges of their seats for the entirety of its run time.

An Ethereal Landscape’s titular effort is one of the most engrossing compositions on the album. Immediately the song takes a turn to a quicker tempo with nods to mid-1990s electronic music and drum and bass. The inclusion of 1980s-infused guitar lines provides further depth to the track. Even though the song does not hit the five-minute mark, Sommavilla is able to take fans on an epic journey through numerous movements. By pulling from such a deep set of influences and styles on An Ethereal Landscape, Galliano is able to keep things chugging along as he moves into the album’s second side.

A Chilled Sunny Day is Sommavilla’s soundscape that touches upon the brightness of a crisp spring morning. The hope and potential present during this period is bolstered through approximations of nature and everyday human interactions.

Lets See What Tomorrow Brings is a fantastic composition that does more in establishing a narrative with its interplay of keys and sweeping synths than the most seasoned vocalist.

The Tribe and Tumble are the final two tracks on An Ethereal Landscape, showcasing the bevy of approaches that were utilized on the disc as well as tease a bit of the sound that will be further explored in subsequent releases.

We’ve covered Sommavilla in the past, with a feature, an interview, and a bit of in-depth coverage on Chill Me Now and 365 Volume 13.